Social media sensation Jake Paul is set to fight his sixth professional boxing bout on October 29. After a series of canceled fights, the Youtuber who’s got 20 million subscribers has finally found himself an opponent. The man who he’s going to fight is former UFC champ, Anderson Silva.

This is not going to be the first time that the younger of the Paul Brothers is fighting an ex-MMA star. So far, he’s fought (and won) against Ben Askren and Tyron Woodley (twice). Still, Silva is probably going to be his toughest opponent thus far as The Spider is an excellent striker with experience in pro boxing, unlike all the previous Paul’s opponents.

Nevertheless, The Problem Child opened as the favorite after online sportsbooks released their early odds for the Paul vs Silva fight earlier this week. However, things changed quickly after the money started pouring on Silva, who’s now seen as the betting fave.

Jake Paul’s pro record is 5-0, which sure is impressive. However, there’s a caveat – none of the opponents he’s fought so far has an impressive boxing record.

AnEsonGib is a Youtuber who made his pro boxing debut against Paul, who’s four inches taller than him, as well as much heavier. In Paul’s second fight, he beat another debutant, Nate Robinson. The former NBA star is also about four inches shorter than Paul, as well as at least 10 pounds lighter.

Ben Askren was supposed to be the guy to end Paul’s streak, but the Youtuber beat him by technical knockout. Knowing that Askren is a former MMA fighter, the result came as a surprise to some. However, Askren’s success in mixed martial arts came thanks to his wrestling and grappling skills.

It’s a similar story when it comes to Tyron Woodley, who too is a fighter who prefers to take his MMA fights to the floor. When it comes to boxing, he’s not that great. Paul beat him two times, with their most recent fight happening in December 2021. Since then, Paul hasn’t fought a single fight.

The reason is that he just wasn’t able to find himself an opponent. He was supposed to fight Tyson Fury’s younger brother Tommy, but the bout was canceled due to the Englishman’s visa problems.

Professional boxer Hasim Rahman Jr. was supposed to save the day, but their fight ended up canceled due to “weight issues,” although there were some rumors that the bout just didn’t sell enough tickets.

Paul’s next opponent is fantastic when it comes to striking. Anderson Silva’s MMA record is 34-11, with 23 wins by KO/TKO. Further, he’s also fought four pro boxing fights, winning three and losing one. However, the loss in question happened a long time ago, back in 1998.

Further, unlike Paul, Silva has fought against a couple of accomplished boxers, most notably the former WBA middleweight champion, Julio Cesar Chavez Jr.

It’s time for the Jake Paul hype to end. His next fight is against a guy whose strongest weapon is punching, which is something that wasn‘t the case with Paul’s previous opponents. 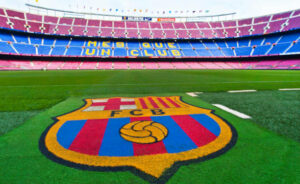 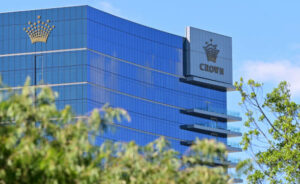