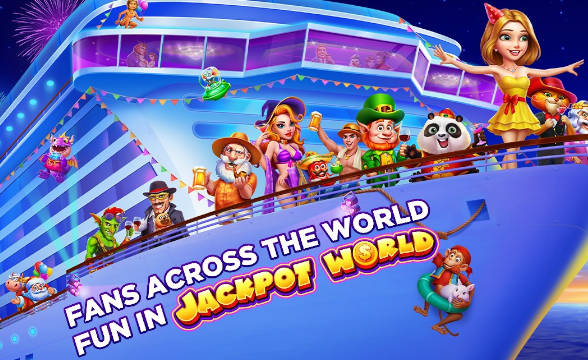 Jackpot World, one of the most popular free online Las Vegas slots casino apps, has added a real-time multiplayer mode, allowing its users to play together.

The addition will allow Jackpot World’s players to compete against their peers and compare their performances with other players. Each player’s bets add to the prize pool, making stakes go higher the longer the game goes on.

The addition of the multiplayer mode, paired with Jackpot World’s visually-striking games has helped to engage more players than ever, leading to a 15% increase in the app’s active players.

Emma Li, the producer of Jackpot World, has spoken about how important real-time multiplayer is. She emphasized that people enjoy playing together with their friends and family, making them much more likely to pick a title that allows them to compete with their loved ones. Li described Jackpot World’s new offerings as a “light-hearted, easy-going competition.”

As Jackpot World is inherently social, the addition of a real-time multiplayer mode is crucial to player enjoyment. Thanks to that, users will now be able to take their engagement further and compete over who is the luckiest one in their social group.

Jackpot World is Dedicated to Quality

Jackpot World users can enjoy a myriad of engaging titles. The app offers classic games such as 777 slots, as well as highly atmospheric ones such as Myth of Medusa and Werewolf Night, among others. The fun doesn’t stop there as Jackpot World constantly adds new content, allowing players to enjoy a new slots game every week.

The app has recently launched a new slot offering by the name Samba and Carnival. Just as the name suggests, the game draws heavy inspiration from Brazilian culture and features animations that reflect that. Samba dancers celebrate players’ successes, making the game feel like visiting a Brazilian carnival. Thanks to the added real-time multiplayer, players in a lobby can compete for the title of a Samba Star and have their names highlighted for all to see.

Jackpot World seeks to emulate the feeling of playing slots in a Las Vegas casino. To make its impression even more convincing, the app offers players the chance to earn bonuses, free spins, and other thematic prizes. Jackpot World’s dedication to quality and customer entertainment has helped it cement its place as one of the top 15 highest-grossing casino gaming apps in the store. Players who wish to try out Jackpot World and see what makes it special can get the app on Google Play or the App Store.

Drake Bets $200,000 on the Golden State Warriors to Win Conference