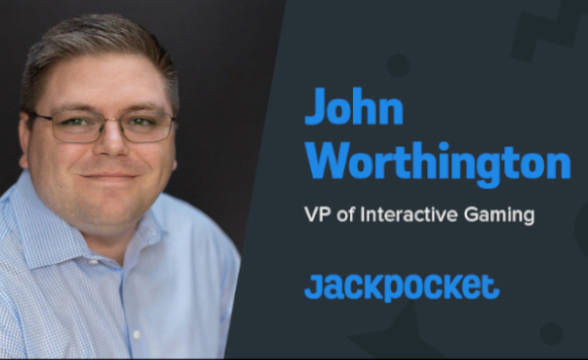 Third-party lottery app Jackpot has tapped John Worthington as its new VP of interactive gaming. The company is looking to expand in other realms of the interactive experience and to do so, it is creating a new position which Worthington will now head as Jackpot seeks a path to achieving further recognition in iGaming.

Jackpocket Brings New Hire as It Prepares for Online Casino

The company will work hard to launch a new batch of products in New Jersey where the company will be able to operate as an online casino thanks to a tie-up with Caesars Interactive Entertainment. The company will tread cautiously as it moves ahead with an anticipated launch which is expected to come in 2023.

Jackpocket hopes to launch a strong online casino offering that will be able to resonate with local audiences, secure a share of the market, and then be scaled elsewhere. The company has a recognizable brand which makes it easier for Jackpocket to leverage its branding strength into a new vertical.

Commenting on this appointment and the company’s broader ambitions for the iGaming sector, Worthington said:

Jackpocket is the proven leader in the digital lottery space, and I’m proud to join the team during this time of exciting product expansion.

He confirmed that Jackpocket will seek to first leverage its new products through the recognizable brand name in the Garden State and then expand to other markets as it seeks to grow its presence in the United States. Jackpocket CEO and founder Pete Sullivan were also happy with the appointment:

We are thrilled to welcome John and tap into his extensive leadership, and operational and regulatory experience to usher Jackpocket’s expansion into casinos and other iGaming products.

Sullivan confirmed that Worthington’s appointment would be important as the newly-appointed executive will help create an experience that resonates with lottery players who are keen to explore other aspects of the iGaming experience.

Bringing the Right Person for the Job

Worthington worked as Gamewise’s general manager of sportsbook and was part of the company’s debut in the United States. He has also held pioneering senior leadership positions with Penn Interactive Ventures and Parx Casino reflecting on his overall understanding of how the market operates and how interactive gaming should work in the US.

His track record makes him a good fit to help spearhead Jackpocket’s ambitious entry into the online casino segment at a time companies such as DraftKings call for the expansion of this industry across the US.