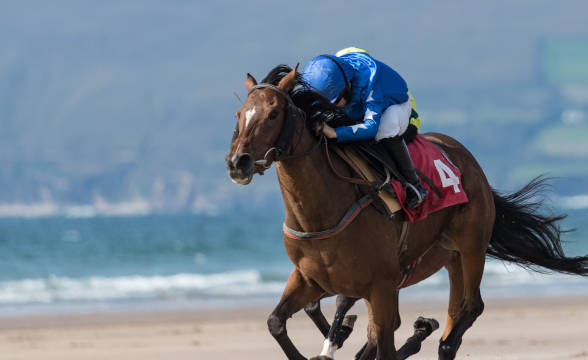 2022 may finally see the birth of Ireland’s very own Gambling Regulatory Authority. The country’s betting industry is currently regulated by several pieces of legislation spread across different laws. However, a new effort by Ireland’s government will unify all regulations on betting and introduce a national regulator. The move is motivated by the increase in gambling addiction among the Irish youth and will likely bring short-term turmoil in the betting and gaming industry.

In October 2021, the government published its General Scheme, which has since passed pre-legislative scrutiny and will greatly change the way gambling in Ireland is regulated. The new bill will establish the “Gambling Regulatory Authority of Ireland,” a new body for regulating the provision of gambling services. It will have the power to issue and revoke gambling licenses, and its provisions will also cover advertising and sponsorship for the gambling industry. The new Authority will develop safeguards against problem gambling and will have the authority to enforce anti-money laundering/counter-terrorist financing procedures.

Companies holding an Irish Gambling Licence will contribute to a “Social Impact Fund,” meant to counteract problem gambling. The Authority will be able to enforce its regulations by various means. It will have the power to carry out tests or audits on providers of gambling services without advance notification, block access to servers, and impose “administrative financial sanctions” of up to EUR 20 million for corporate entities, or 10% of relevant turnover (whichever is the greater). The bill will likely come into effect in Q2 2022, and the new Regulatory Authority is set to start its work at the beginning of next year.

This New Legislation Is Motivated by the Rise in Gambling Addiction

This government push for regulation arrives amidst growing fears of gambling addiction among children. “I think it is only then we will begin to start eroding the power and influence of gambling companies in this country and the conditions upon which children develop problem gambling habits,” stated Labour Senator Marie Sherlock, who has even proposed a complete ban on gambling advertisement in Ireland.

According to her, 61% of 16-year-old in Ireland have engaged in some form of gambling, while 3,400 young people under 18 fall under the category of problem gamblers. Another measure proposed by the Senator is to ban bookmakers and other betting establishments in the proximity of schools.

Ireland’s prime minister, Micheál Martin, is also a big proponent of the upcoming regulations. He stated that gambling addiction should face the same treatment as smoking and be subject to “the full gamut of advertising regulation.” Martin continued by saying that research on the impact of gambling addiction on families and individuals is vital.

The gambling operators in Ireland are certainly paying close attention to the upcoming legislative changes. As this is the first time Ireland has introduced such comprehensive regulations to the gambling market, it will likely take some time for the new Authority to shift into gear. The bill is notable in that it also seeks to regulate advertising and sponsorship activities relating to betting, so industry operators are undoubtedly keeping a close eye.

7777 Gaming has launched 15 websites in Latin America with the help of Virtualsoft, marking the first entry for the company in the region. This means that 7777 Gaming will provide local operators with more than 100 games in key jurisdictions such as Peru, Brazil, Chile, Ecuador, and Mexico for the time being. 7777 Gaming […]