Following an order by Iranian President Hassan Rouhani to temporarily suspend Bitcoin mining in the country, police have stepped in to get offenders in line.

Iran seemed to be giving crypto miners a warm welcome that, in fact, turned out to be the cold shoulder. The country’s electricity crisis leading to shortages in grid power supply has prompted Iranian authorities to take a much less welcoming stance on crypto mining. This energy-hungry activity can consume as much electricity as a country such as Argentina needs for an entire year.

As a result, in May, Iranian President Hassan Rouhani ordered crypto mining in the country to be suspended through September. Still, not everyone seems to have gotten the message, as Iranian police have raided over 50 locations in the past three days and discovered as many as 3,000 illegal mining operations.

A total of 7,000 computers used to mine Bitcoin (BTC) and other cryptocurrencies have been seized in what is the largest bust in the history of crypto mining in the country. One operation accounted for roughly 4% of the daily average energy consumption of the country, as authorities closed in on an abandoned factory and busted the illegal activity.

The news was confirmed by the Islamic Republic News Agency (IRNA), the state-controlled media giant. Cryptocurrency mining has continued despite President Rouhani’s decree prohibiting further operations until the fall in a bid to ensure that the country will have sufficient energy to supply households throughout Iran during the summer.

Investors Looking to Protect Their Operations

Despite the ban, miners who have invested heavily in computing power have chosen to risk rather than stop mining completely, a decision that will now come to haunt them as INRA has reported steep fines for wrongdoers. Even miners who used household electricity may face serious fines. Effectively, Iran will treat small and big offenders with equal weight.

Authorities have been canvassing households that seemed to be consuming disproportionate amounts of electricity. Once a home was targeted, police requested formal access to the properties, discovering illegal Bitcoin mining machines on most occasions.

The current events are a U-turn from previous governing policies, which encouraged miners to tap into the country’s cheap nuclear energy and use it to generate a digital asset that can be traded globally without detection. Iran and its citizens welcomed the more liberal approach towards crypto as the country faces a ream of sanctions because of its nuclear program.

Before Iran began facing issues with maintaining its electricity supply, the government sought to regulate Bitcoin mining and even issued individual licenses. As a result, the country is estimated to generate around 4.5% of the total global cryptocurrency mining to circumnavigate US sanctions. However, constant cuts in electrical power have prompted Iran to scale down on mining operations. This message will probably take some time to cotton on as enthusiastic miners. Many have invested heavily in mining rigs, and it may cost them even more dearly to stop now. 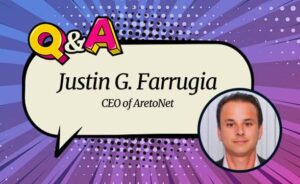