The global hosting supplier, Internet Vikings, expanded its existing collaboration with GAN, a leading online gambling platform provider. The duo announced Wednesday that they expanded their collaboration within the regulated US market, extending their agreement to a total of 15 states.

The latest collaboration between Internet Vikings and GAN builds on a strong foundation. Initially, the two companies announced their first collaboration back in April 2022, as they both targeted growth in the market in the country. After joining forces for two US states initially, now, the collaboration between the duo expands to cover an additional thirteen states. Thanks to the latest agreement, the companies have now joined forces and cover the most important online betting markets in the US.

“As of October 2022, the companies which had been working together in two US states since spring, partnered up in additional thirteen US states, extending their operations to the most important American and online sports betting markets,“

The Collaboration Is Expected to Bring Benefits to the Duo

Rickard Vikström, Internet Vikings’ CEO and founder, shared his excitement by saying that the deal with GAN marks the beginning of a partnership that will expand further into more states. He explained that the iGaming and sports betting market in the country looked difficult to enter in the beginning. Still, Vikström said that Internet Vikings proved that capitalizing markets in the US can be achieved “with the right partner at hand.” Finally, the company’s CEO said that the new deal “has laid a solid groundwork for other industry-related, both European and local, enterprises who wish to expand into and across the US market.”

“This cooperation is the start of a significant partnership for both parties, and we are looking forward to scaling in more states.“

Similarly, Blake Riley, GAN’s director of B2B sports project management, acknowledged that the new deal represents an important achievement for the company. “Since the beginning of our agreement, Internet Vikings has proven to be a reliable and valuable partner,” he added. Last but not least, Riley outlined that Internet Vikings’ services boost GAN’s goals and help the business grow further and solidify its presence in the US.

Previous Article
Business December 7, 2022
Fiona Hickey: We Journey Into the US to Diversify and Complement 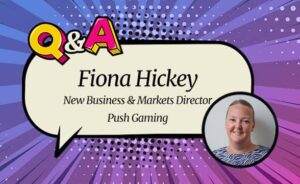 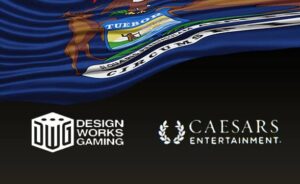