Incentive games have a reputation for great data collection and analysis and that’s an integral part of their entire business model. Hiring a new head of data is therefore a signal the iGaming company is ready to take it to the next level.

Incentive Games is an Edinburgh-based online free-to-play and pay-to-play premium games provider, focused on three key points, as per its own website: “acquiring new users”, “retaining those users” and “monetizing them”. As such, collecting user behavior data, analyzing it, and designing or building a platform based on the results is absolutely key to iGaming businesses’ success, and Incentive Games makes no exception.

The newly-hired Tiago Vieira has been headhunted from TVSquared – a leading measurement and attribution platform for converged TV – where Tiago has been working for the last 5 years. With his new appointment as head of data, Incentive Games is focusing even more on extracting the most out of the behavior information it gathers from its player base which is expected to number “over 100 million active monthly users” by year’s end. Millions of users apparently generate “many billions of data points” as per a PR statement from the company. A senior data specialist such as Tiago Vieira will have their hands full, but the company’s structure and business model demand nothing less, as user behavior data is critical for improving the user experience, as well as developing and deploying new features to the platform.

Glimpses into the Future of Incentive Gaming

Understanding user behavior is the main ingredient for developing new attention-retaining strategies, thus creating games that not only attract but also retain players’ attention – the two main points mentioned before are “monetizing” those players and thus – boosting revenue. However, this has already been a game that Incentive Games is good at. As per a PR statement, the future of the company is even more feature-packed and complex:

“Whilst those learnings have already been used to improve game design and user experience, we’re now focusing on specific customer insights and state-of-the-art, real-time reporting advances that, we believe, will revolutionize the industry’s acquisition and retention strategies.”

Tiago Vieira himself also had this to add while commenting about his new position at Incentive: “Their products are now generating huge amounts of incredibly rich data that are being harnessed to develop a phenomenal roadmap of upcoming products. The challenge of helping elevate those games to the next level was one I couldn’t resist.”

This comes as a big follow-up headline to last month’s “flagship moment” when Incentive Games entered into a commercial agreement with Esports Technologies. As per the agreement, Incentive will supply Esports Technologies with free-to-play games into the latter’s range of brands. This includes CS:GO and Valorant as examples of the hugely popular FPS (first-person shooter) genre, and League of Legends and DoTA 2 as examples of the MOBA (multiplayer online battle arena) genre.

Incentive Games is stating on its corporate website that clients and partners may expect an up to 50% increase in week-on-week retention, a 100% increase in customer lifetime value, and a minimum of 22% reduction in customer acquisition cost. That’s supposed to be real-world data, meaning the numbers are pulled from analyzing performance in actual contracts with prominent betting operators, such as Betsafe Kenya (a Betsson AB brand), the BtoBet sportsbook platform, and FSB Technology. Just a few months ago, in December 2021, Incentive got a supply agreement with one of the industry’s biggest power players – bet365 – as well, making headlines in the industry. 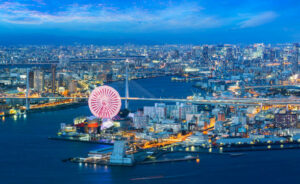 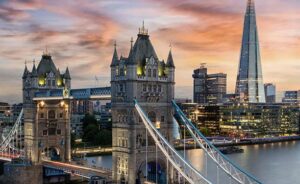