The International Betting Integrity Association (IBIA) is not letting up in its efforts to ensure that all it does is in the interest of sports integrity. This is why the organization is launching a new dedicated campaign that will target athletes and seek to educate them about the dangers of corruption in sports.

Since athletes often become the victim of such attacks and succumb to the short-lived temptation of making a quick buck by misplaying on purpose, IBIA wants to make sure that proper awareness is raised of the issue. While law enforcement continues to fight against such attempts, it’s the athletes who need to get most of IBIA’s attention – and they do.

IBIA introduced a new campaign accompanied by a video that focused on the three R’s. These R’s stand for Rules, Responsibility and Report and reflect an athlete’s commitment to fair sports, helping safeguard the sport against match-fixing.

Each principle or rule is then broken down by IBIA to make more sense to the target audience. Rules are stressed as the first step. Athletes are reminded that betting on their sport, team, or self is prohibited. So is insider trading and the sharing of information with third parties that is obtained because of a person’s involvement with the said sport.

The second principle of Responsibility has athletes realize that they must perform to the best of their ability as this is what teammates and fans expect them. Underperforming intentionally violates this principle and opens the door to corruption.

While some athletes may brush off advances by clandestine parties trying to buy their loyalty, the third principle advertised by IBIA is equally important. IBIA argues that Report is the way law enforcement and other watchdogs can quickly and efficiently begin and sustain investigations into corrupt parties who are trying to impact a sports contest in any illegitimate fashion.

Corruption Can Be Fought Now It’s in the Open

IBIA understands that in some cases, corruption can be running too deep, and this would require selecting the right people to talk to, whether this is a player representative, a sports federation an ombudsman for sport, or another party. The video made sure to sum all of this up:

“Following more than 10 years of experience, the regulated sports betting operators continue to engage in players’ education, to raise awareness of the risks of betting-related corruption.”

IBIA has also turned to prominent sports figures and athletes, including Jean-François Reymond who is an education ambassador for the organization. IBIA is demonstrating a particular focus on helping clean up the North and South American sports and sports betting markets, but it’s also working with a number of representatives from across Europe and Asia.

Match-fixing and corruption are ever-present problems in sports. New technology has quickly helped us to uncover the scale of this practice. Now, IBIA and others want to leverage this same technology to crack down on it. 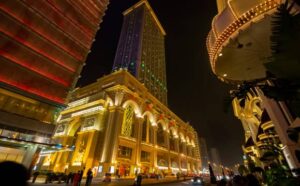 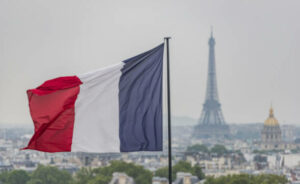