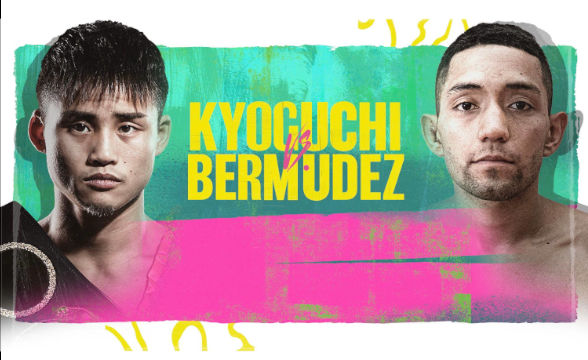 Friday’s light flyweight clash Hiroto Kyoguchi vs Esteban Bermudez is a title unification fight. Kyoguchi, who is still without a loss in his professional boxing career, is defending his WBA and The Ring Magazine titles for the fourth time.

Knowing this, it’s no surprise that Kyoguchi is favored to win on June 10. Oddsmakers are giving -700 on the Japanese pugilist, suggesting that he’s going to have an easy job on Friday, possibly even finishing his opponent before the final bell. One of the reasons for this is that he’s won 10 of his 15 career fights by knockout/technical knockout.

Even though Bermudez is an underdog, he mustn’t be underestimated. He is the WBA Regular champion who won the title in May 2021 after beating Carlos Cañizales by TKO. It was Bermudez’s 14th overall win, as well as his 10th win by KO/TKO.

All odds are per FanDuel as of June 8.

The Japanese two-weight world champ is 15-0 in his professional career, winning two-thirds of his fights by KO/TKO. His career started in 2016, with his first title coming his way less than a year later when he won the OPBF mini-flyweight title. He defended the title four times.

Then, on New Year’s Eve of 2018, he won the WBA (Super) and The Ring titles in the light flyweight division. He won the title by beating Hekkie Budler by TKO. Since winning the championship belt, he defended it four times. The boxers he defeated are the following:

Kyoguchi, however, still hasn’t faced such a strong opponent as Bermudez. That said, the Hiroto Kyoguchi vs Esteban Bermudez could be one of the best light flyweight bouts in decades.

Esteban Bermudez Is a True Giant-Slayer

Even though he’s two years younger than Kyoguchi, Bermudez has been fighting on a professional level longer than his rival. His career started in 2013, since which, he fought a total of 19 fights. We saw him win 14 and losing three, while two of his fights being declared a draw.

His best performance was in the WBA (Regular) title fight in May 2021, when he defeated then-champ Cañizales. Even though Bermudez came into the fight as an underdog, he put on a fabulous performance full of aggressive punches, which proved to be the right strategy – in Round 6, he got himself a TKO win.

Hiroto Kyoguchi just has to win this fight. Otherwise, it would be one of the biggest upsets in the light flyweight division in this century. He is expected to win and it should happen by KO/TKO, the same as 10 of his 15 pro fights.

SkillOnNet Launches Three of Its Brands in Ontario