Limits on gambling funds in line with ATMs withdrawal restrictions

Europe’s largest bank is taking measures to protect customers from spending money on gambling websites thus becoming the latest bank to introduce such restrictions in an attempt to protect players. Similarly to daily limits on withdrawing cash on ATMs, card holders will now be able to impose a limit on the amount of money spent on gambling.

Holders of HSBC accounts will be allowed to block transactions made to “gambling related merchants”, such as casinos and online betting companies, and recurring transactions such as The Postcode Lottery. Customers will be able to “exclude” themselves from gambling transactions and will only be able to cancel their choice after a 24-hour period of time. The feature created in partnership with the charities GamCare and GambleAware is expected to help vulnerable players control their urge to gamble and have a positive impact on the finances of the bank’s 14.5 million affiliates.

The announcement of the new development came as a response to a Twitter post by Tony Franklin from campaign group GamblingHurts, who directly asked banks who would be the first one to launch constraints on daily gambling spending. The post addressed major players, among which @monzo @StarlingBank @Cashplus @RevolutApp @curve @Barclays @LloydsBank @MetroBank_Help @tescobankhelp @NatWest_Help @santanderukhelp @HSBC_UK @CapitalOneUK @mmhpi.

HSBC replied that the restrictions were on their way already and the bank is planning to “release this algorithm during upcoming November/December builds.”

Tony Franklin highlighted that the specific cap should also be considered carefully, since “a £300 daily spend limit equates to £9125 a month” and not many people have this amount disposable for gambling. Franklin added that “It will not impact the majority but for those who experience escalating gambling spend it will act as a vital brake and opportunity for early intervention before massive harm.”

More than half a million of HSBC customers engaged in gambling activities every month last year, with an average of £52.50 spent. The bank receives about 12,000 gambling-related enquiries on the phone annually. Maxine Pritchard, HSBC’s head of financial inclusion and vulnerability expressed the financial operator’s commitment to helping customers control and manage their funds.

Barclays was the pioneer in introducing a “gambling block” on its digital platforms available for various categories such as betting services and premium cost phone lines. Barclays developed the upgrade with the help of debt charity the Money Advice Trust in an attempt to support people with mental health issues and addictions, as well as people with finance-control issues.

Earlier this year, American company Paypal made a commitment to increasing control on spending after it was exposed for irresponsible policies letting gamblers play up to £150,000 a day. 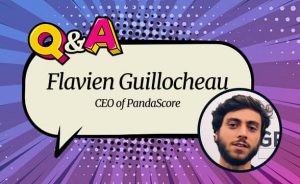