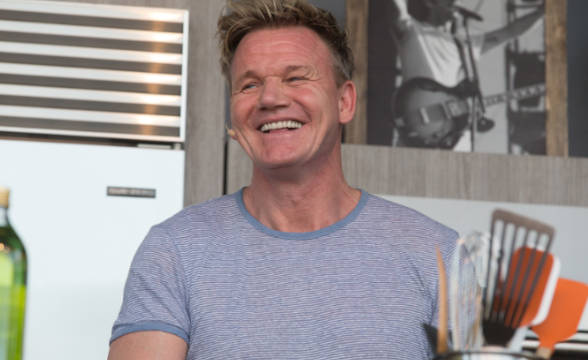 Gordon Ramsay has chosen Harrah’s Resort SoCal in Funner, California as its third US location for a restaurant under the Hell’s Kitchen brand. The Funner location marks the first Hell’s Kitchen restaurant to open in Southern California and also the largest location to date to host the prestigious brand. The British chef and TV personality opened similar restaurants in two other casino resorts in the US, at Caesars Palace in Las Vegas and South Lake Tahoe.

What Can Guests Expect?

The fresh restaurant promises an exquisite dining experience that will enable guests to speak a peak into the fascinating atmosphere and tastes of the Hell’s Kitchen show. This is because the multi-Michelin-starred chef designed the concept for his branded restaurants using inspiration from his popular television show. This means the new Southern Cali restaurant will welcome its guests with the same decor seen in the culinary competition series. The dedicated space where diners will be serving their out-of-this-world meals encompasses three different areas: a private dining area, a classy lounge, and a full-service restaurant.

The new Hell’s Kitchen restaurant in California spreads over more than 11,000 square feet and it is ready to accommodate up to 332 guests at once. The venue also hosts a bar, an exhibition kitchen, two curated wine walls, and two chef’s tables.

Chef Ramsay expressed his love for Southern California, calling it “one of the best places to live, as well as visit”. He added that the decision to open the first Hell’s Kitchen restaurant in California through Harrah’s Resort SoCal came naturally and was “a no brainer”.

The restaurant’s general manager Sarah Ertmann called it “an honor” to be opening the first Gordon Ramsay Hell’s Kitchen in California, explaining how the addition furthered their mission to offer guests “unforgettable experiences”. The casino resort also suggested that “new and progressive” dishes might be added to the menu in the near future. At the beginning of 2020, just before the pandemic took over, Gordon Ramsay filed for a trademark with the UK Intellectual Property Office. The respective trademark was connected to online gambling and casino products. The gaming community started speculating about Ramsay potentially working on a slot game or an online bingo room. In March 2021, NetEnt announced it would go live with Gordon Ramsay’s Hell’s Kitchen video slot.