The Hard Rock Casino narrowly avoided a calamity by caving in to casino worker demands who insisted that the property accept to sign new contractual agreements with them, led by the Local 54 of the Unite Here union in Atlantic City, New Jersey.

The union achieved its first major milestone on Thursday when it announced that it had reached a tentative agreement with Caesars, Borgata, Harrah’s, and Tropicana, which said they would introduce the asked-for changes and sign the new contracts.

Some casino workers said that those were the highest pay rises they have seen in a lifetime of working for each respective property. Hard Rock was de facto the last holdout big casino. Casinos were uncertain over whether they can afford to agree to all of the workers’ demands, with the COVID-19 pandemic still suppressing results.

However, the immediate financial threat of striking employees and possibly missing one of the biggest periods in the year, the July 4 weekend, made most properties see reason and sit down at the negotiation table with Local 54. What this means is that the only two casinos to not have accepted the worker demands remain Resorts and Golden Nugget, which are expected to do so sooner rather than later.

Meanwhile, others have decided not to have to deal with the issue, leaving the negotiation work to the rest of the casinos in Atlantic City. In effect, Bally’s and the Ocean Casino Resort said that they will follow a “me too” form of negotiation whereby they agree to fulfill the same obligations towards their employees as other casino properties.

Commenting on the latest developments Hard Rock International chairman Jim Allen said that the property was happy to have settled with Unite Here Local 54:

We look forward to further expanding this excellent relationship at both the national and local levels as we expand our iconic brand.

Hard Rock Atlantic City president Joe Lupo said that with this issue resolved, the property could better focus its efforts on ensuring that it remains focused on one of the busiest periods for the state. Workers have had very strong cards to play. They knew the timing would be devastating for the industry should casinos opt-out of signing the agreements.

Shortage of workers is also another pressing issue for the industry which had to furlough thousands, many of whom did not return. Workers knew that the properties would not be able to afford the strike or at the very least, make it extremely hard to rely on just non-unionized workers to keep operations up and running and financial targets met.

Rising costs of living have prompted casino employees to speak up about their rights in a new-found power they are now happy to exercise. The last strike in Atlantic City over casinos was back in 2016 when the Trump Taj Mahal went belly up. 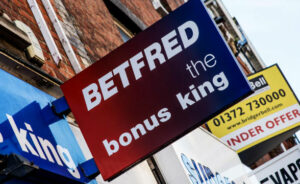 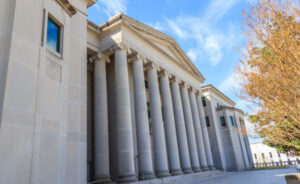