Greg Carlin, the co-founder and former chief executive of iGaming company Rush Street Interactive, has resigned from his position as an executive chairman and has left the company’s board of directors.

Carlin’s resignation is with an immediate effect and was filed on December 28, 2021. This move will end Carlin’s affiliation with Rush Street Interactive, which spans over the last 12 years, or since he co-founded the company in 2009.

Rush Street Interactive was founded in 2009 by Carlin, Neil Bluhm, and Richard Schwartz. For most of its existence, it was headed by Carlin who served as a chief executive officer. In August 2021, however, he stepped down from the position and handed it over to Schwartz.

Carlin’s position in the board of directors and his seat in the compensation committee of the board will remain vacant for the time being, Rush Street Interactive announced. This will continue to be so until a suitable candidate is eventually found in the future.

The Resignation is Not a Result of a Disagreement

As for Carlin’s reasons to leave Rush Street Interactive, not much was announced. However, the casino and hospitality company stated that his decision does not stem from a quarrel with the firm.

“Mr. Carlin’s decision was not the result of any disagreement with the board of the company on any matter relating to its operations, policies or practices,” Rush Street claimed in an SEC filing.

Rush Street Interactive added that the whole company and its board members express their sincere appreciation for Carlin’s long and fruitful service and are thankful for his valuable contributions to the firm’s board of directors.

Although Carlin is leaving Rush Street Interactive, he has struck an agreement with the company that will see him refrain from selling more than four million shares of the company’s Class A common stock within the next twelve months. The stock Carlin will be allowed to sell within the next year will comprise around 12% of the total Rush Street Gaming stock that he owns.

For reference, one Class A share is worth around $16.50 as of the time of this writing.

Meanwhile, Rush Street Interactive has posted strong results over the last months. The company reported a strong third-quarter performance in 2021 and it most recently added Inspired Entertainment as a content partner.

Correction: A previous version of the story suggested that Carlin was leaving Rush Street Gaming, a separate entity from Rush Street Interactive. This is not true. Carlin is leaving his position at RSI. We are sorry.

Thailand Shows Interest in Opening Casino Resorts in the Near Future 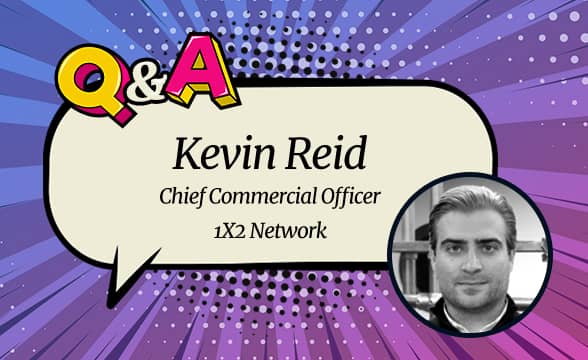 1X2 Network is approaching its 20th anniversary and as one of the true veterans of the iGaming industry, the company has plenty to share. 1X2 Network is presently behind brands such as 1×2 Gaming, Leap Virtual Gaming and Iron Dog Studio, all well-established assets within the industry. The brand has benefited immensely from teaming up […]

Australia’s largest casino and hospitality company, Crown Resorts, has added a new name to its leadership team. Anne Ward will be joining the operator, stepping into the shoes of a non-executive director. Ward Joins Crown Resorts Ward came to power as a director on January 13. It was confirmed that she had passed all approvals […]