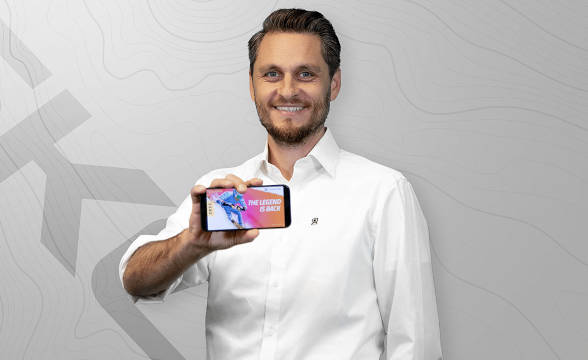 NOVOMATIC Digital Gaming and Entertainment division, Greentube, has teamed up with the Austrian and German Ski Federations and Swiss-Ski to bring a cherished classic back this autumn. Ski Challenge is predicated on an esports experience and will seek to introduce players to a competitive offering filled with all sorts of cool features.

A Competitive Blast from the Past

In Ski Challenge, players will compete on some of the world’s most popular racing tracks and participate in a number of online events, tournaments, and challenges. All of these are built to cater to a competitive player base that does not shun a challenge.

But even if you are more laid back about your gaming, you will still find Ski Challenge to be a great option to explore. Greentube is confident that its game is set to be a hit with its global community of fans. The company’s latest release will be an improvement on past versions, with new features designed to boost the entertainment value of the game.

The original Ski Challenge dates back all the way to 1998 when the concept of esports was hardly even known to the world at large. Michael Bauer, Greentube’s CFO and CGO has welcomed the opportunity to introduce this classic title back to players once again. He added:

We are more than happy to not only announce the return of this popular game, but it’s very exciting to be able to bring it back as a true esports mobile app, to players old and new. Especially that we can do so with key partners in winter sports.

This is just a start, though, assures Bauer, and adds that this is just a new beginning for the title. Executives from all federations represented in the game also gave their endorsement and praise to the revamped Ski Challenge title.

Swiss-Ski deputy CEO Diego Züger said that the game’s previous iterations have proven successful with players and that Greentube has done an excellent job of redeveloping the title. German Ski Federation CEO Stefan Schwarzbach also welcomed the final product, arguing that helping develop it has been satisfying.

A similar sentiment was shared by Austrian Ski Federation secretary general Christian Scherer who added that players from all over the world will find the product worth their time and effort.