Provider of gaming technology and content Golden Matrix announced it would launch a licensed proprietary online casino and sportsbook in Mexico next month.

B2C to Grow Revenue and Profits

Golden Matrix will launch its proprietary MEXPLAY online casino on November 1, 2022, to offer an extensive number of table games and slot titles to online players in Mexico. The company is ready to go live in Mexico following its application for an operating license in March.

Commenting on the launch, Golden Matrix’s chief executive officer Brian Goodman stressed the importance of the launch as the next step of the company’s expansion into B2C, revealing expectations that the casino brand will be a huge success.

“The recently acquired B2C operations of RKings now account for over 50% of our revenues and over 50% of our profits; similarly, we now expect important contributions to revenue and profit growth from our operations in Mexico,” he said.

Content at MEXPLAY will be available in both Spanish and English and Goodman is convinced that the brand will not only lure players with “many traditional and popular online casino games and a sportsbook,” but will bring additional excitement from the tournament business offering which is unique to the market and is expected to “attract considerable player interest and participation.”

The Las Vegas-based gaming tech developer will introduce pay-to-enter tournament competitions luring participants with prizes similar to those offered by RKings Competitions, a UK-based company in which Golden Matrix holds 80% of the ownership interest.

LATAM Expansion on the Cards

Goodman further stated that Golden Matrix’s B2C expansion strategy in Latin America entails the launch into additional markets from the region where gaming is regulated following the launch of MEXPLAY.

According to the portal for statistics, market data and research, Statista, gross gaming revenue in Latin American markets is expected to grow two-an-a-half times in five years: from $1.3billion to $3.4 billion by 2025. Online GGR alone is projected to grow more than six times: from $400 million in 2020 to $2.6 billion by 2025.

Earlier this year, the provider of turnkey and white-label solutions went public on the US Nasdaq Capital Market under the GMGI ticker. 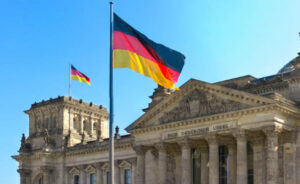 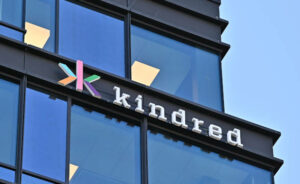 Casino October 25, 2022
Kindred to Launch Unibet in Washington with the Swinomish Tribe