The GGL, Germany’s new gambling regulator, continues its battle against the Lottoland Group, a betting operator whose offerings the authority deemed to be illegal. The GGL has already succeeded in blocking payments to the operator and is now looking to block it from accessing the country’s digital space.

Germany’s gambling regulator has asked internet service providers (ISPs) to block access to Lottoland Group and its related pages. The authority wants ISPs to IP block the unlicensed operator and, by extension, chase it out of the country.

Lottoland Group and its subsidiaries have been illegally operating in Germany for many years. The GGL finds these offerings particularly dangerous because many believe they are lottery offerings. In reality, Lotteryland and its subsidiaries, which include lottoland.com, lottohelden.de and lottohelden.co, offer betting on the outcomes of lottery games.

According to Germany’s laws on gambling, such products are prohibited. As a result, it is GGL’s job to protect local players from content that might harm them.

This summer, as approved by a German court, the authorities began cracking down on Lottoland Group. At first, they asked the five biggest ISPs in Germany to block access to the site and its subsidiaries. While these actions are still a subject to judicial review, the GGL is adamant that unlicensed gambling must be addressed and that the State Treaty on Gaming must be enforced.

In addition, the GGL asked payment providers to block future transactions to Lottoland and its subsidiaries, thus preventing the company from taking bets from German players. Ronald Benter, CEO of the GGL, warned that providers that are asked to block Lottoland but fail to do so risk fines.

The GGL is Germany’s new federal gambling regulator which began work on July 1. Right now, the new authority is hard at work curbing unlicensed gambling and protecting German bettors from harm. The regulator’s responsibility is to take action against any providers that are not on the official white list.

By the beginning of the next year, the GGL will assume full responsibility for gambling in Germany and will be tasked with nurturing the legal market while fighting the black market. Benjamin Schwanke, chair of the GGL, reassured people in the sector that combating the black market remains GGL’s top priority. 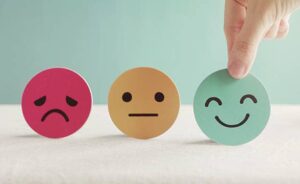