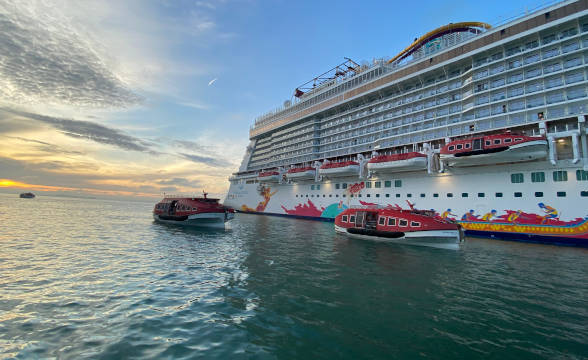 Tan Hee Teck, the COO of Genting Singapore, has been promoted to CEO by the company. Genting shared the news on Sunday and Teck, who has been serving as COO since 2010 will be able to use his knowledge and experience to take the company to the next level.

Teck Was Assessed by the Board of Directors before Being Appointed

Before being promoted to CEO, Teck was assessed by Genting Singapore’s board of directors and he was deemed suitable for the position. This comes as a no wonder, considering the fact that before being promoted, Teck worked as the company’s COO for 12 years.

In a statement, Genting Singapore shared a few words on Teck’s new roles, which will include the execution of the strategies approved by the board, providing leadership for the team, ensuring effectiveness in the day-to-day operations as well as managing and developing Genting Singapore’s iGaming activities.

Teck joined Genting Singapore in 2004 and was named the CEO of Genting Singapore’s subsidiary, Resorts World at Sentosa, in 2007. Additionally, Teck is a board member, member of the staff committee, and the chairman of the risk management committee of Singapore’s Central Provident Fund Board.

Teck’s success was noted by Genting as the company claimed that he played a key role in the process of obtaining a license for RWS back in 2006. The development of RWS was followed by success and Genting is now putting $300 million to upgrade the resort.

These improvements are part of a $3.3 billion plan by Genting that was submitted to the government of Singapore in 2019. RWS stated that it will be renovating three of its hotels – Festive Hotel, Hard Rock Hotel Singapore, and Hotel Michael. These upgrades are set to be worked on through 2022 and 2023. These three hotels have a total of 1,200 rooms.

An upgrade to the Resorts World Convention Center is also being considered. These upgrades were labeled as “2.0 development” and Teck shared a few words on the project.

He stated that with the upcoming RWS 2.0 development, he’s confident that RWS will lead Singapore’s tourism recovery. Additionally, RWS stated that it will double down on its commitment to sustainability as it wants to reach carbon neutrality by 2030.

Sanford C. Bernstein analysts stated that the new plans of RSW were put in place as a way to draw a larger amount of premium visitors.