Sports data and technology company Genius Sports has agreed to provide the Brazilian online sportsbook Betsul with its acclaimed solutions. As per the deal, Genius Sports will power its new partner’s platform with relevant sports data, cutting-edge technology and state-of-the-art broadcast solutions.

Genius Sports Teams Up with Betsul

Genius Sports will allow the Brazilian company to use its outsourced solutions such as LiveTrading, PreMatch and Risk. Thanks to some of the provider‘s systems, Betsul will gain a higher degree of its flexibility when it comes to its sports betting operations.

Genius Sports will also assist Betsul with premium Brazilian sports broadcasts, covering the biggest leagues in the country. This will include live broadcasts of games such as basketball, beach volleyball, futsal, soccer and volleyball, among others.

Genius Sports has deep ties with the biggest sports leagues in the country. The data and tech provider is known to work together with Brazil’s National Basketball League (LNB), National Futsal League (LNF) and the Brazilian Volleyball Confederation (CBV). The deal with Betsul will see Genius Sports use its foothold in the LATAM region and beyond to provide its new partner with additional content from other countries. This will include broadcasts from the Argentine Primera División, Colombia’s Dimayor, the Premier League and the Liga MX.

The Companies Are Poised for Growth in Brazil

Fernando Rivas, chief executive officer of Betsul, said that his team is delighted to join forces with Genius Sports. He said that he considers the latter to be one of the best data providers in the sports betting market, which is why he is excited to have it by Betsul’s side. Rivas believes there is a great potential for the two companies to grow together, especially when it comes to Brazil.

Fernando Martinez, Genius Sports’ head of commercial for LATAM, said that the Brazilian sports betting market holds huge potential for “explosive growth” thanks to the transparency of its regulatory system. He added that he is excited to work together with Betsul and power the operator with the best Genius Sports has to offer:

Brazil’s Secretariat of Evaluation, Planning, Energy and Lottery has just introduced new rules concerning sports betting. According to the new regulations, operators which want to launch their offerings in the country must first pay a fee of $4.4 million. Licenses will be valid for five years and there will be no limit to the number a company can purchase. 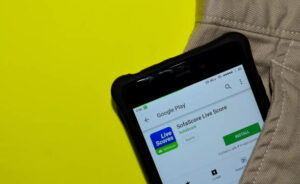