A New South Wales (NSW) hotel in the state’s Riverina region would have to pay almost AU$40,000 ($26,560) for breaching gaming machine rules repeatedly, Liquor & Gaming NSW revealed on its website.

Operating Outside of Trading Hours

Leeton Hotel in Leeton via its operator, Golden Crown Pty Ltd, and the hotel’s director Trent Middleton were fined AU$14,000 each as the business was found operating gaming machines outside of trading hours.

The hotel that operates 14 gaming machines is authorized to trade until 1 am Monday through Saturday and 10 pm on Sundays but a review of its gaming activity by Liquor & Gaming NSW found that on at least 40 separate dates between April and October last year, gaming machines were operated outside of these hours.

Breaches took place in the early hours of Saturday or Sunday mornings and after 10 pm on Sunday nights and revenue generated while operating in breach of the rules was about AU$9,305 ($6,169), Liquor & Gaming NSW stated.

Commenting on the review, Hospitality and Racing CEO Anthony Keon outlined that the breaches were serious and the financial sanctions seek to send a message to the industry that the requirements for operating gaming machines are there for a reason and will be strictly enforced.

“These restrictions are in place to reduce risks of gambling harm by limiting the amount of time patrons can spend playing gaming machines,” Keon said noting the “repeated disregard for the law along with the well-being of its patrons” showed by the Leeton Hotel as its actions placed patrons “at greater risk of gambling harm.” Keon was adamant that “venues who fail to abide by gaming machine trading hours” will get caught and have to face “the full force of the law.”

Pleaded Guilty to Breaches of the Gaming Machine Act

In Downing Centre Court, hotel director Middleton tried to explain the breaches by stating his belief that there is a 45-minute grace period for gaming following cessation of trade before both he and Golden Crown Pty pleaded guilty to violations of the Gaming Machines Act.

Middleton also told the Local Court Magistrate that he had donated the profit generated outside trading hours to charity but this did not stop the magistrate from convicting him and Golden Crown Pty and setting fines of AU$14,000 each.

The magistrate justified the fines with the failure to ensure compliance with harm minimization and that the offending was not trivial or isolated in terms of volume. 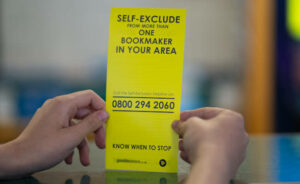