Despite that both parties outlined the mutual partnership was a success so far and that there was an upswing in the results during this year, a commercial agreement to satisfy individual strategic needs for the companies could not be reached.

The termination of the contract will allow GiG to pursue new business opportunities in the US as it will be released from an exclusivity clause with Hard Rock. The migration of Hard Rock’s online operations to a new provider is expected to take place in the first quarter of 2021, but the retail sports betting will be moved by the end of the year.

“We are thankful to GiG for helping us take our first steps in the regulated US online gaming and sports betting market. Together we have achieved notable results and launched significant innovations including the world’s first live slots. We wish GiG all the best in their future ventures.”

GiG outlined the partnership with HRI accounted for less than 2% of the group’s sales over the past 12 months and a small negative contribution to its earnings before interest, tax, depreciation and amortization (EBITDA), and the termination of the contract would not have an effect on the company’s 2020 guidance.

GiG CEO Richard Brown noted that, due to the partnership with HRI, the company managed to build and customize an omnichannel product which helped the online product of Hard Rock to break records in 2020.

“I am extremely proud of what our company has delivered in the past two and a half years we have been active in the US. We have a high quality, innovative omnichannel solution that we have built out of work with HRI and a very competitive casino offering that can be tailored to the US market which we believe can lead to future success as more states begin to regulate online.”

GiG is now in a very strong position to pursue new opportunities, as its fully compliant quality solution which is currently operational in two states can easily be configured to meet the requirements of other jurisdictions. The fast-evolving market space in the US presents only part of the considerable area for growth globally, Richard Brown concluded.

There was no information regarding which technology provider will power Hard Rock’s online casino and sports betting offering after GiG is gone, only speculations that HRI will turn to Scientific Games.

Caesars’ £2.9B Takeover Bid Accepted by William Hill Board

SpinAway has entered into a partnership agreement with Gaming Innovations Group (GiG) to officially launch its offering in the Canadian province of Ontario. The online casino has gone live and will operate through GiG’s platform. The local players will have access to SpinAway’s variety of online casino games. GiG Awarded a License for Ontario in […] 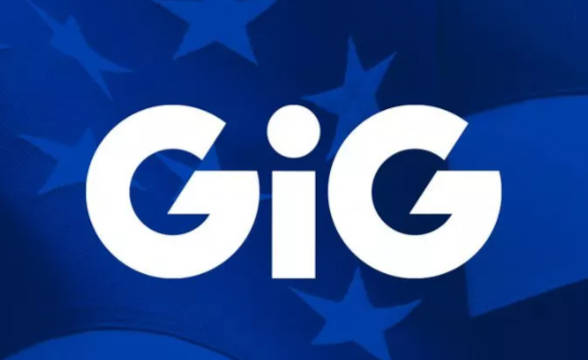 Gaming Innovation Group has achieved another milestone with the company securing a license from the Pennsylvania Gaming Control Board to offer its services on the territory of the state. As a result, the company has been granted an “interim authorization” by the regulator and will now be able to provide its products in the Keystone […]

Leading B2B cloud-based product and platform services and performance marketing provider Gaming Innovation Group (GIG) has agreed to provide Crab Sports, a Maryland-based sports betting startup, with its solutions. GIG Will Provide Crab Sports with Sportsbook As per the agreement, the provider will power Crab Sports’ offerings with its tech platform, sportsbook and content management […]