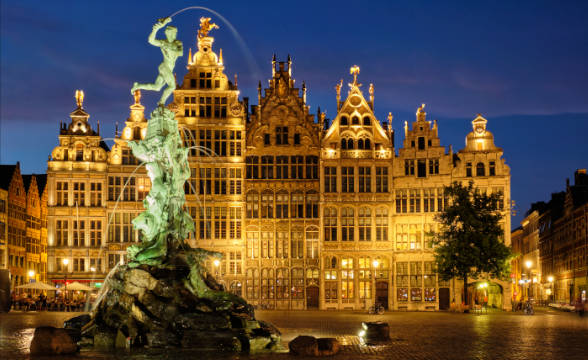 Another day and another Belgian online casino is looking to diversify its content portfolio. Casino777.be has signed a content partnership with Gaming Corps, an iGaming supplier and developer of excellent titles, which will now be featured in the operator’s library of available games.

Gaming Corps will bring a number of excellent games, such as the mine genre along with classic slots that will add to the existing offer by Casino777.be. Commenting on this deal, the head of gaming at the operator, Jean-Christophe Choffray, said that the casino remained fully committed to its customers and adding an update portfolio of game providers was definitely a way to demonstrate this commitment.

Choffray added the new addition and said that Gaming Corps has been among the best companies and one that the casino has long had in its sights. He added:

We guarantee their wide scope of casino games will appeal to our discerning customers, who are used to the best casino entertainment around.

Casino777.be head of gaming at the operator, Jean-Christophe Choffray

Gaming Corps has similarly hailed the partnership with COO Alex Lorimer saying that the supplier was excited to be teaming up with Casino777.be as the company’s first partner in the Belgian igaming market. Gaming Corps is similarly happy to expand in the regulated market in the country with what it sees as a leader:

Casino777.be is a market leader in what we hope will become a successful market for us, and we look forward to working closely with their casino team to bring our new, modern content style to their player base.

The supplier is further committed to breaking ground in new markets, as it is looking to retain its financial and business momentum. The results posted by the company in the third quarter have been encouraging and Gaming Corps CEO Juha Kauppinen hopes this growth to carry over to the fourth quarter and beyond.

Gaming Corps has been moving quickly of late. The company launched its content with SoftSwiss in October. The company also hired Connor Blinman as head of games, as Gaming Corps is clearly expanding and looking to launch its products in new markets and with new operators. Belgium recently attracted FunFair Games which broke ground in the country through a Napoleon Casino link-up.