On the same day that Scout Gaming reported it would be dropping a large number of its Ukraine-based employees to address ailing finances, Danish iGaming affiliate Vita Media Group has stepped up and said it would be mustering financial support for the embattled country which has been under attack by Russia since February 24.

Vita Media Group wants to fund projects in Ukraine, and it will work with the Danish Support Group Ukraine (DSGU) to ensure that the funding reaches the right places. The country is in dire straits and despite help from foreign allies, Ukraine still needs all the help it can get, on the battlefield and in rebuilding the country.

The particular focus of the funding will be on demining or removing mines from public places that used to be war zones and now pose threat to returning civilians. There have been numerous instances of Russian war crimes, with soldiers hiding mines and grenades in household objects for unwitting owners to trigger.

Commenting on his commitment to help, Vita Media Group CEO Jimmi Meilstrup said that he has seen the list of mines left over by the retreating Russian troops and added that it was devastating to think what this could do to civilians. There have already been instances of mines triggered by civilians.

Therefore, Meilstrup said that Vita Media Group and himself couldn’t stand idly by and had to do something to help.

Horrors That Do Not Belong in Our World

He evoked the images of horror relayed to the world from Ukraine with civil infrastructure completely destroyed or heavily impacted and said that remnants of the mines left by the aggressor army were not something that the team wanted to see in the world.

But apart from funding the project, Vita Media Group has teamed up with Damasec Global Group, a security company, which will provide the necessary and crucial backup to make sure that the on-site mission is successful.

DGSU Country Manager Andy Gleeson will also participate in the demining process himself, having more than 18 years of experience working in war zones. As to Meilstrup, he is launching a website that will enable people to contribute to the project and help with Vita Media Group’s efforts in demining Ukraine. 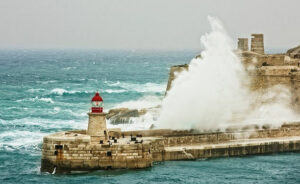 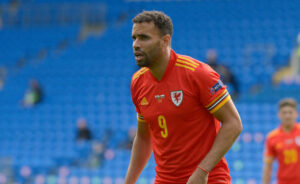