GambleAware, an independent charity funding gambling treatment, has voiced its concerns about Britain’s upcoming white paper. According to the charity, any delays to the white paper’s release will put more people in harm’s way.

The Changing Political Landscape May Postpone the White Paper’s Release

The United Kingdom began reviewing its Gambling Act two years ago. Since then, many people have proposed various amendments that will make British gambling law suitable for the modern age. However, the release of the white paper has been anything but smooth with the most recent setback being Chris Philp’s resignation.

Chris Philp was largely responsible for overseeing the white paper’s development. Because of that, his departure will likely cause further delays. In addition, Boris Johnson’s resignation from the position of Prime Minister will likely complicate things even more.

Bacta, a body representing the amusement and gaming machine industry, recently said that the new government should prioritize the white paper’s release. GambleAware is also concerned about any potential delays.

GambleAware addressed the turbulent political situation, saying that it is deeply concerned with the risk of further delays. According to the charity, failure to act on time would put more people at risk of gambling harm.

Zoë Osmond, GambleAware’s chief executive officer, emphasized that problem gambling is a serious public health issue. Moreover, she pointed out that the global political and economic landscape may cause an increase in gambling harm rates.

We are concerned that the combination of the growing cost of living, ongoing impact of the pandemic and rise of online gambling may be creating a perfect storm, meaning more people are at risk of suffering gambling harm.

Osmond added that charity organizations such as GambleAware need a secure source of funding to continue their operations. She hopes that when the government eventually releases the white paper, it will provide a new source of funding for third-sector organizations. Notably, GambleAware has been one of the main advocates for the introduction of a mandatory 1% levy on operators. The charity believes that this money should go to fund gambling research, education and treatment.

However, the levy’s fate is uncertain as pro-gambling parties have been lobbying for terms that are more favorable to the industry. Because of that, some people fear that the white paper might get “watered-down.”

The United Kingdom currently doesn’t require operators to pay a mandatory levy. Instead, operators are free to donate as much as they want to various gambling treatment organizations such as GambleAware. 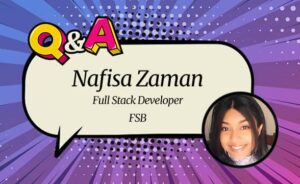 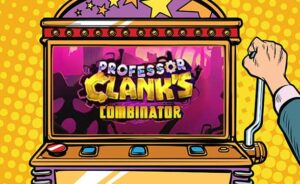