GambleAware has announced that it has appointed Lucky Generals and OmniGOV at MD OMD as their new creative advertising and media planning and buying agencies respectively. The new agencies will assist with the charity’s efforts to continue delivering powerful and player-focused messages that seek to protect consumers in the United Kingdom.

The agencies have been selected for a period of three years and they focus on bolstering GambleAware’s efforts in delivering a tailored national behavior change campaign. This comes as a part of a new program designed to raise awareness about the risks of gambling, and also help tackle a common misunderstanding about the problem, and the stigma that follows it.

GambleAware also wants to encourage people to seek assistance and help, and reach out to the many treatment options now available in the United Kingdom as part of the National Gambling Treatment Service, among others. GambleAware is also hoping to help the general public understand that problem gambling is not something that people choose and there is scientific evidence that explains why this is the case.

GambleAware CCO Alexia Clifford welcomed the addition of the new agencies and noted that the charity is fully focused on ensuring that its campaign plays a central role in achieving a society in which people are free from gambling harm and that public health campaigns continue to make it possible for the general public to be educated about the issue. Clifford added:

Following a robust agency pitch process, which generated an outstanding response from the industry, I’m delighted that we’ll be working with two of the very best in the business, Lucky Generals and OmniGOV.

Lucky Generals is a company that works with a number of prominent brands, including Yorkshire Tea, Amazon, and Virgin Atlantic. Outlining the choice of Lucky Generals, the official press release shared by GambleAware not that the creative agency was a cut-through creative and smart thinking. Lucky Generals founding partner Andy Nairn welcomed this opportunity and said:

We have a great opportunity here to not just tackle one of society’s biggest problems, but also turn GambleAware into a brand that can help people experiencing gambling harm for years to come.

GambleAware was also pleased to be teaming up with OmniGOV which is an agency with a “strong focus on behavioral health learning,” which is precisely what the charity was looking for. “GambleAware tackles one of the biggest health issues in our society today and we are proud to be part of this newly formed team that will aim to make a difference to those who need it most,” said OmniGOV at MG OMD CEO Paul Knight.

The new partnership comes at a time when the UK government is preparing to re-regulate the gambling industry, with the long-anticipated White Paper still not given a final date when it will appear. 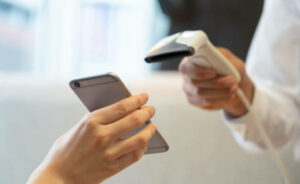 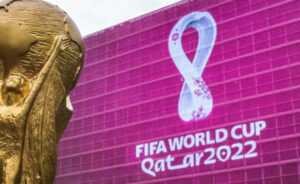