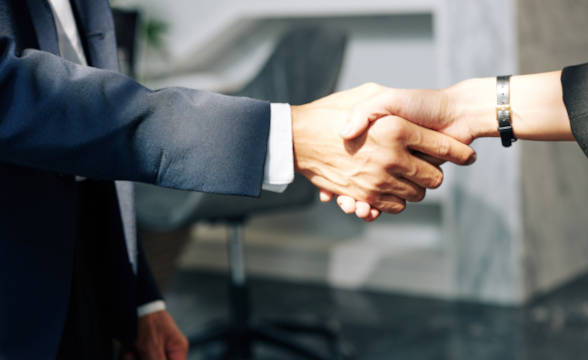 Future Anthem, a company that offers an all-in-one product and leverages artificial intelligence (AI) to personalize the player experience, announced a senior-level appointment Tuesday. The company revealed it hired the services of Emma Ferguson, a veteran in the industry with nearly two decades of experience in recruitment.

Ferguson joins Future Anthem to serve as the company’s new head of people. In her new position, she will spearhead the company’s recruitment efforts within all of its different departments. Moreover, she will collaborate with current and newly onboarded employees as well. By appointing Ferguson, Future Anthem also seeks to boost its expansion in key regulated markets such as North America, as well as Europe.

What’s more, the senior-level hire comes after the company has seen significant success in the last year. In the past 12 months alone, Future Anthem has increased its workforce by 30%. Some of the landmark hires completed recently include Ian Tibot’s appointment as chief product officer, Matt Nichols’ hire as general manager of the Americas, as well as the addition of Julie Haddon to the company’s Board of Directors as a non-executive member.

The Company Continues to Grow

Leigh Nissim, Future Anthem’s CEO, revealed that the company is excited to have Ferguson join its leadership team. He added that Future Anthem has seen significant growth in headcount in the last year. At the same time, Nissim stressed that it is important for Future Anthem to capture the positive momentum and continue to invest in its team members.

“I am absolutely delighted to welcome Emma to the team, we have been fortunate enough to enjoy impressive commercial and staff growth over the last year and it’s incredibly important that we now further invest into ensuring our team is the very best it can be.“

Nissim added that Ferguson has a rich professional background and a track record in “building teams as well as developing and maintaining a strong company culture.” Finally, the company’s CEO predicted that with Ferguson aboard, the company will be able to reach its next level of growth while expanding its global presence further.

“This is a cohesive team of hugely talented individuals that are incredibly passionate about their roles and the direction the company is heading in.“

Sharing her excitement, Ferguson acknowledged that the company has significant potential for future growth. Moreover, she predicted that Future Anthem will further solidify its position as a leader in the industry. Finally, Ferguson said that it is exciting to join the company’s team of professionals at such an exciting time.

Overall, Ferguson has 17 years of professional experience in recruitment. Before joining Future Anthem, she was a part of leading global companies such as Fledglink, Hay Group, UK Creative Services Ltd. as well as OC&C Strategy Consultants.

The Fight to Comply: The Latest Tech Enabling Operators to Navigate Regulation