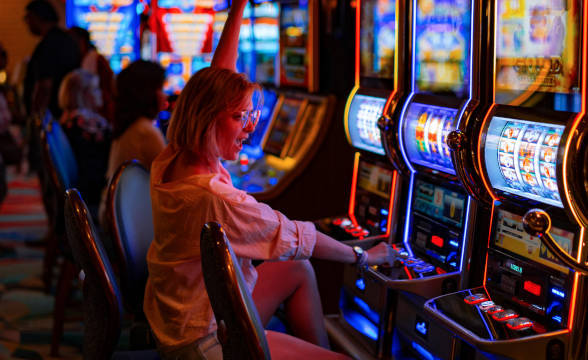 Slots studio FUGASO has agreed to power QTech Games, the leading game distributor for emerging markets, with its proprietary titles.

QTech Games is known to deliver the hottest iGaming titles to its clients. Following the deal with FUGASO, it will add some of the studio’s most popular titles to its platform. FUGASO will provide QTech with its fan-favorite fruit-themed titles, as well as the recent hit EPICWAYS and its newest title The Sword and The Magic.

Thanks to the agreement with QTech, FUGASO’s titles will be able to reach new markets and expand the studio’s renown. Robert Metzger, head of business development at FUGASO, spoke about his company’s mission to “reignite the slots space.” According to Metzger, teaming up with QTech is an unparalleled opportunity to reach new emerging markets and improve the company’s relations with numerous partners. Metzger is excited to see what the reception of FUGASO’s games will be and teased that the company will adjust accordingly and expand its partnership with QTech in the following months.

The studio fields talented animators whose hard work elevates the quality of its slots games. Its goal is to provide fun and relevant titles that inspire players with an engaging atmosphere. The games themselves are available in more than 20 languages and can be easily translated into additional ones. FUGASO is committed to safe gambling and has built-in responsible gaming tools in its titles. All of them are developed to suit the standards of some of the strictest gambling markets, including the UK and Malta.

The deal is in line with QTech’s mobile-first approach as FUGASO’s games are well-suited for mobile gaming. Ulf Norder, the chief commercial officer of QTech Games, lauded the deal as one that will help his company continue to roll out high-quality content. He praised FUGASO’s slots games for their state-of-the-art math models, exciting gameplay, high-variance volatility, and exceptional look.

This deal with FUGASO extends our relentless pipeline for the year so far. In today’s marketplace, only premium games of the highest standard separate you from the crowd, so we’re delighted to see how Fugaso has delivered on this demand.

QTech’s leading platform allows one of the fastest integrations to its clients. Thanks to it, operators in mature and emerging markets alike can easily take their offerings a step further by partnering with the supplier. QTech recently reasserted its commitment to innovation by allowing players to pay with cryptocurrencies.