After announcing a 6% revenue increase to £1.56 billion ($1.96 billion) during the first quarter of 2022 compared to Q1 2021, Flutter Entertainment has reported a revenue of £3.38 billion ($4.12 billion) for the six months that ended on June 30. The figure that was published in the 2022 Interim Results for the first half of the year marked a 9% increase compared to the same period a year ago. It also signaled positive momentum across the entire group.

No Surprise for Flutter’s Management

The increase in revenue came as no surprise for the global gaming, sports betting, and entertainment supplier with over 18 million customers. In fact, the increase was clearly anticipated with the help of the 14% rise in the number of average monthly recreational players who chose Flutter products. The group’s chief executive Peter Jackson spoke about more than one million players being added to Flutter’s current base of recreational customers. At the same time, the number of players who use safer gambling tools also went up by more than one-third over the same period.

Jackson called H1 2022 “positive for the Group with significant progress made against the strategic objectives” that they had outlined in March. He also expressed the group’s satisfaction regarding the momentum in the US where Flutter expanded its leadership in the online sports betting vertical thanks to FanDuel claiming an impressive 51% market share. FanDuel also ranked first in 13 of 15 US states where Flutter was present, further contributing to the group’s positive earnings during the second quarter.

Flutter Remains “Firmly on the Path to Profitability”

Outside of the United States, Flutter also noticed improved performance during the first half of the year thanks to UK and Ireland’s safer gambling initiatives. As for Australia, the number of average monthly players also went up by 10%, keeping the business “well positioned”. Important investments in fast-growing markets like Canada, India, and Brazil are also helping Flutter position itself well for the future.

At the beginning of August, Flutter further proved its commitment to promoting a responsible gambling market by funding the Responsible Gambling Council’s research on the impact of gambling ads. 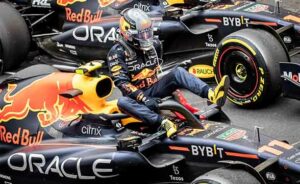 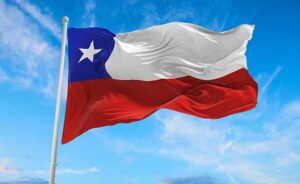