The court case blocking the legalization of mobile sports betting in Florida is unlikely to be resolved this year, a timetable of the US Courts of Appeals for the District of Columbia Circuit suggests.

The case filed by West Flagler Associates, operator of Magic City Casino, and Bonita-Fort Myers Corporation, doing business as Bonita Springs Poker Room, against the US Department of the Interior (DOI), the Secretary of DOI Debra Haaland and the Seminole Tribe of Florida, received its schedule of events for the remaining months of the year.

In October, the court will expect the answering briefs, on October 3 for the federal government, and on October 6 for West Flagler Associates. October 13 will be the date for the amicus brief.

Reply briefs for both the federal government and the Seminole tribe will be submitted on November 14, meaning there will be no ruling before the end of the year.

The court stated it would inform all parties of the date of oral argument and the composition of the merits panel on a later date. It strongly encouraged the parties to hand-deliver paper copies of their brief on the date due, reminding counsel that filing the briefs by mail may delay the processing of a brief.

The legal battle began last year after West Flagler Associates and Bonita-Fort Myers filed a lawsuit against the state compact of the Seminole Tribe asking the court to block the implementation of the compact arguing it violated the federal Indian Gaming Regulatory Act (IGRA), the Wire Act and the Unlawful Internet Gambling Enforcement Act (UIGEA).

The appellees argued that the state compact signed by Gov. De Santis and the DOI authorizing mobile sports betting via servers based on tribal land was based on “fiction,” claiming that a bettor in Jacksonville is not on Indian land and is breaching IGRA which postulates that all gaming takes part on tribal lands.

Mobile sports betting was up and running for around three weeks until Judge Dabney Friedrich of the US Court of Appeals for the District of Columbia ruled in favor of the opponents and on December 4, Hard Rock Sportsbook stopped accepting mobile bets. 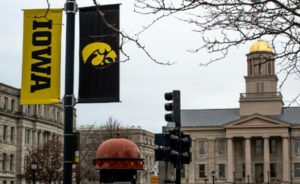 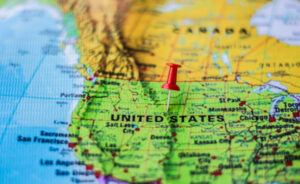