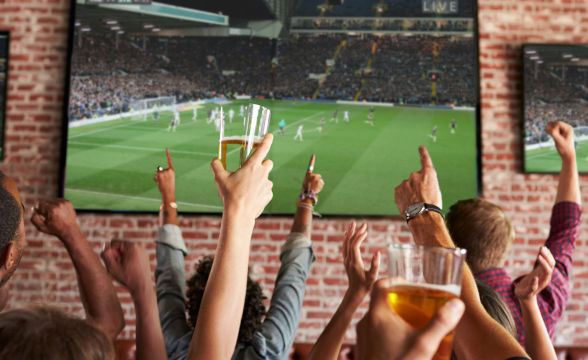 With the NFL kicking off today, there has been a growing interest among female bettors to plonk down a wager on the outcome of sporting events in the United States. According to a new American Gaming Association survey, some 46.6 million Americans are set to make a bet during the upcoming football season, and many already have.

Female Sports Bettors Keen to Be Part of the Action

But another study by Global Wireless Solutions now suggests that female punters are quickly closing the gap with their male counterparts. Sports gambling, once seen as the perquisite of male camaraderie, is becoming more gender inclusive and indeed – gender neutral. Sportsbooks are keen to explore new demographics, and this may be just about possible right now.

According to Global Wireless Solutions, the number of female bettors between 2020 and 2021 jumped by 115% to 4.6 million female users. This is still just a fraction of who will be betting on the NFL season, but it’s indicative that women are an increasingly important demographics for sportsbooks and they would be ill-advised not to pay attention.

Part of this is owing to the fact that much of the sports betting today happens online, which makes for less hostile or biased environments towards female sports bettors, for example. There are other reasons for women joining in, though, such as family members who get together and share the joy of placing a bet, for example.

One person who is confident about the potential of female bettors is Circa Resort & Casino owner Derek Stevens who has long supported various initiatives that focus on women punters. Speaking to KTNV Las Vegas, Stevens explained that the door is now open for more people to come and place their wager.

He urged people to bet carefully at first and not over-commit, so they may have the opportunity to see how sports gambling works and what people can go for. With the season proving to be particularly busy this year, female bettors will definitely play an important part.

Companies Continue to Double Down on Female Customers

Another important thing to note is that the number of female sportsbook apps has doubled. Meanwhile, FanDuel’s Amy Howe, the company’s chief executive officer, has been a driver of change in the industry through her company, as she wants to see more women join in on the sports betting action.

Others, such as Barstool Sportsbook may lose out on this demographic, as they are built around the idea of a male-centric notion of sports gambling. GWS could confirm in its study that FanDuel was indeed the company to appeal to female sports bettors the most in 2021, comparing it to any other sportsbook. Some 1.7 million women joined FanDuel over the period.

DraftKings, the company’s all-time arch-nemesis, brought in 900,000 female users. Others have been putting in a lot of effort to attract female bettors specifically, including SugarHouse, which admitted that it has a higher customer share than women as opposed to men at a 54% to 46% ratio.

Greentube to Now Power RULEO Brands with Content in Germany