One down, two to go. A federal lawsuit attempting to block Florida’s gaming compact with the Seminole Tribe of Florida has been tossed by a judge who determined that the suit had no merit. It is just one of three lawsuits to surface since Florida approved the compact this past May, all of which are hampering the Sunshine State’s efforts to introduce legalized sports betting from Tallahassee down to the Florida Keys.

Florida Wins Round One

This past summer, the owners of Magic City Casino in Miami-Dade County and Bonita Springs Poker Room in Southwest Florida, two pari-mutuel gambling properties, filed a federal lawsuit to block the gaming compact. They argued that the compact was illegal and that it would cause them undue harm. While the first argument may have some legal ground, suing over potentially lost revenue will never go far.

Florida Governor Ron DeSantis and Department of Business and Professional Regulation Secretary Julie Brown, through their attorneys, asked the court to dismiss the lawsuit, asserting that the pari-mutuel sites had not shown how the gaming compact would cause them harm. This past Monday, US District Judge Allen Winsor agreed and tossed out the lawsuit. It took the judge 20 pages to make his decision known, but he summed it up by saying, “The pari-mutuels lack standing to sue the governor or the secretary because their actions are not fairly traceable to any alleged harm. In addition, the requested declaratory and injunctive relief would provide no legal or practical redress to the pari-mutuels’ injuries.”

There are still two more legal battles to fight before Florida is likely to see legalized sports betting. It would have been possible to launch online sportsbooks already if not for the suits, but the state still doesn’t have a timeline in place because of the legal issues. One of the other lawsuits targets the US Department of the Interior (DoI) and its leader, Interior Secretary Deb Haaland, and the other targets Florida. Last week, the DoI asked a judge to toss that case, as well.

Efforts are underway to try to drum up support for new amendments to Florida’s constitution so that gaming expansion could move forward. It was only a couple of years ago that state voters approved a measure that gives them the final word on approval of any new casino in the state, but some outside influences have been trying to change that. Notably, Las Vegas Sands has its eyes on Florida, and recently introduced a campaign, in conjunction with Poarch Creek Band of Indians, to have a new constitutional amendment on the ballot next year that would authorize greater casino expansion (pari-mutuels would be allowed to become larger casinos). DraftKings and FanDuel have also launched their own initiative, intent on preventing the Seminole from monopolizing sports betting in the state.

The Seminole Tribe is now countering those efforts with an initiative of its own. It has launched an ad campaign designed to deter voters from signing the petitions, with TV and digital media spots now circulating. The ad asserts, “Watch out Florida. Out-of-state gambling companies are spending tens of millions to turn our state into another Las Vegas. They want to change our constitution to allow out-of-control gambling — with no guarantees for us and big profits for them.”

Each petition needs a total of 891,589 verified signatures to be accepted, with a tentative deadline of the end of this year. So far, according to media outlet Florida Politics, the casino expansion petition only had 48,042 as of two days ago, and the sports betting petition had 32,959. 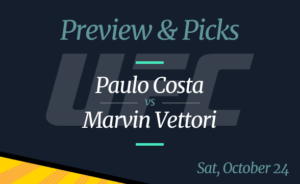