Sports wagering ads are on the rise with TV commercials featuring sports gambling products increasing exponentially according to a new survey by iSpot.tv. TV and ad spending has risen three-fold during the last nine months, with some $282 million dedicated to pushing gambling ads involving sports on televisions across the United States.

Between September 2021 and May 2022, an increase of 281% was recorded in terms of sports gambling ads appearing on national TV. This is compared to the same period a year earlier. Meanwhile, the total TV ad impressions increased to 18.2 billion, or up 48% year-over-year. In comparison, the total national TV ad spend in the period between September 2020 and May 2021 was $74 million for a total of 12.23 billion TV impressions.

The report offered a further breakdown of the TV advertising impressions, with 60% coming from linear TV networks, and another 37% targeting local TV media deals. Another 2.7% were based on streaming arrangements. With more than 30 states currently legalizing sports gambling and more in the pipeline, companies have been keen to continue spending big money to raise awareness for their products.

This spending may have impinged on companies’ bottom lines, however, as excessive money forward to bonusing and marketing has also been slowing down profitability. DraftKings is not likely to turn a profit until 2024, for example, even though company chief executive Jason Robinson is bullish on the sports gambling platforms’ long-run prospects.

The biggest spender on advertisement is not DraftKings, though. That would be FanDuel which holds 34% of the total TV ad impressions. The company is followed by Caesars Entertainment with 21.7% and only then do you have DraftKings with 18.6%. Other prominent brands, including Fox Bet with 7.5% and BetMGM with 13.4% seem to dominate the overall space for TV marketing insofar as sports gambling ads go.

FanDuel is in a unique position to benefit from the proliferation of TV media deals that it has struck with various leagues, not least the National Football League. The NFL leads in terms of how much share it has when it comes to in-play TV commercial impressions with 42.5%. The other leagues post much more subdued percentages, including:

FanDuel has been a historic leader with the company owning 40.6% of the share a year ago, but slowing down as competition from other companies has intensified over the last year as more brands are looking to expand their clout. 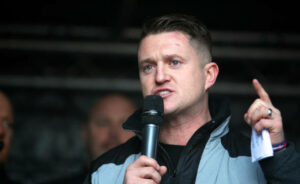 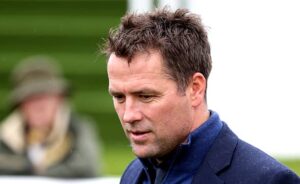