Gaming supplier NetEnt has inked a new partnership with Holland Casino Online, a Dutch iGaming operator. The agreement will see NetEnt power its new partner with its critically-acclaimed content.

The supplier has agreed to provide its full suite of slots to the Dutch operator. Thanks to this, players in the Netherlands will get to play some of NetEnt’s most popular titles. This includes hit slot titles such as Diver Fortune Megaways, Gonzo’s Gold, Starburst and Starburst XXXtreme.

The agreement with Holland Casino Online will also see the iGaming operator get titles from Red Tiger, another Evolution Group subsidiary. As a result, the former Dutch monopoly will be able to engage its loyal customers with a plethora of new games to choose from.

Lastly, the deal will arm Holland Casino Online with jackpot solutions and player engagement tools that make sure there is always something for players to look forward to.

Holland Casino is a state-owned company that was founded in 1976. The operator used to hold a legal monopoly on gambling for years until the country decided to launch its own regulated market. At that point, Holland Casino launched its online brand to better connect with its contemporary audience.

James Jones, the head of business development for Evolution Gaming, NetEnt’s parent company, addressed the deal. He said that the provider is happy about the opportunity to work together with Holland Casino Online. Jones also said that he is sure Dutch players will love having the chance to try out NetEnt and Red Tiger’s slots.

Jones called the partnership a new step in Evolution’s journey in the Dutch market. He concluded by saying that his team is looking forward to expanding its footprint in the region by working with “fantastic operators such as Holland Casino Online.”

Jeroen Verkroost, the director of digital transformation for Holland Casino Online, also shared his thoughts. He emphasized that his company always seeks to enhance its players’ online gaming experience. Verkroost believes that working with innovative brands such as Evolution’s subsidiaries is the key to that.

Holland Casino recently agreed to increase its employees’ wages after reaching an agreement with local unions. Earlier this year, the operator introduced several new members to its team. In May, the Dutch company added Petra de Ruiter as chief executive officer. A month earlier, the company named Malinda Miener as its new chief compliance officer. 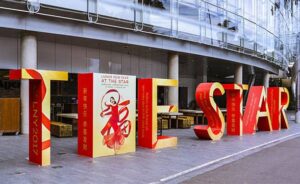 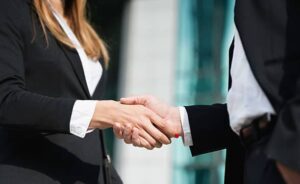