The leading iGaming software, solutions and services provider for sports betting and casino operators, EveryMatrix, announced its official launch into the regulated gambling market in the United States.

The news came Monday and see the company officially go live in the US, via a deal with BetMGM. The latest collaboration builds upon a partnership between the duo dating back to this summer. Late in June, BetMGM agreed to provide content from EveryMatrix for customers of its platform in New Jersey. Now, EveryMatrix’s two studios Spearhead Studios and Armadillo studios will deliver content for BetMGM’s platform. The recent launch will be facilitated via EveryMatrix’s leading CasinoIntegration solution.

“B2B iGaming supplier EveryMatrix is officially live in the U.S. market with BetMGM. The provider will be distributing content from its in-house gaming studios on BetMGM’s platform in New Jersey,“

reads a statement released by EveryMatrix

Thanks to the new deal, popular titles such as John Daly Spin It and Win It, the recently released Mythological Mayhem Supreme Streaks and Armadillo Goes West will become available for BetMGM players. What’s more, customers of the leading operator will also gain access to The Lioness, a leading game featuring Amanda Nunes, the famous MMA Champion from Brazil.

As a leading B2B content and solutions provider, EveryMatrix offers its services to leading brands within regulated gambling markets around the world. The company offers scalable solutions that also help operators comply with the regulatory requirements in different jurisdictions. Currently, EveryMatrix has more than 700 employees within 10 locations around the globe. Moreover, its portfolio of clients continues to grow and by now, it has more than 150 customers. The recent launch into the regulated gambling market in the US reaffirms EveryMatrix’s plan to grow further.

“I am so delighted to announce that EveryMatrix has launched our games in the U.S. with BetMGM through our CasinoEngine platform.“

EveryMatrix’s president Americas, Erik Nyman, revealed that the recent launch in the US with BetMGM marks an important moment for the company. He explained that the entry into the regulated market in the country is the most important milestone any online gambling supplier can achieve. Nyman added that achieving the milestone in collaboration with a leading operator such as BetMGM makes him proud. In conclusion, he said: “We are excited to advance on our roadmap initiatives with BetMGM and deliver across North America as we are licensed in multiple states.” 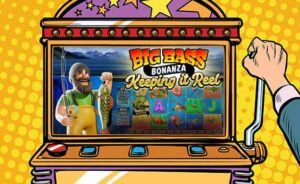 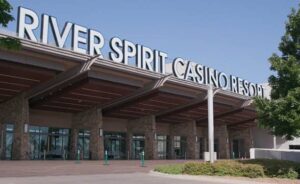