Mixing expert advice with first-hand experience working with problem gambling harm, EPIC Risk Management aims to take the problem out of gambling. The leading independent gambling harm minimization consultancy has announced it would support an INTENTA campaign meant to promote safe and healthy gambling practices for youngsters. The #MindYourGame campaign consists of a series of educational videos, worksheets, 15-minute mental wellness consultations, mindfulness exercises, forums, and other resources supported by peers. For starters, the campaign will reach students in over 450 schools and esports clubs spread across 40 states in the US.

The Campaign Uses esports to Engage with Young People

INTENTA’s campaign revolves around esports as a means of engaging young people and convincing them to build and promote safer and healthier connections with the world of gaming. Gaming World, INTENTA’s video content series, is meant to assist young players to get a better understanding of the perks and full potential of the harms associated with gambling and esports.

The videos are also expected to educate viewers on the effects of gaming on the brain, along with the consequences of spending too much while playing and not finding the right balance between esports and gaming. Other topics covered by the same educational videos part of the Gaming World series refer to frequent problems in the gaming world, along with information on how players can build a career from esports and gaming.

The same videos will be used to spread strategies on how to safely engage in gaming while improving students’ mental health and offering support options to anyone dealing with problem gaming issues. Teachers, parents, and school counselors will all have access to the videos, along with the rest of the resources part of the campaign. The list includes a series of worksheets, free 15-minute mental wellness consultations, mindfulness exercises, forums, and access to peer support.

Global Expansion Plans for the Campaign

Using EPIC’s support, INTENTA plans to roll out its campaign to more schools and esports clubs in the rest of the US states, while also entering international global markets. EPIC’s director of corporate special responsibility Paul Findlay praised the way EPIC’s “lived experience of gambling harm through loot boxes” is being harnessed with the help of the Gaming World series part of the campaign. He added that EPIC’s expertise will offer crucial awareness of the “potential gambling harm” hidden in gaming and esports.

At the beginning of November, EPIC Risk Management, the National Collegiate Athletic Association, and Entain Foundation announced their landmark program meant to fight off gambling harm was still going strong after reaching almost close to 8,000 NCAA student-athletes and members. 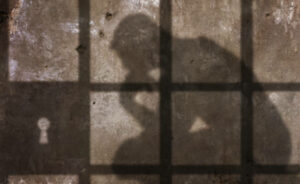 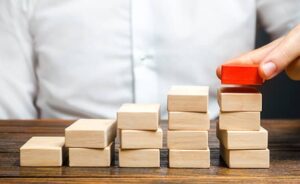