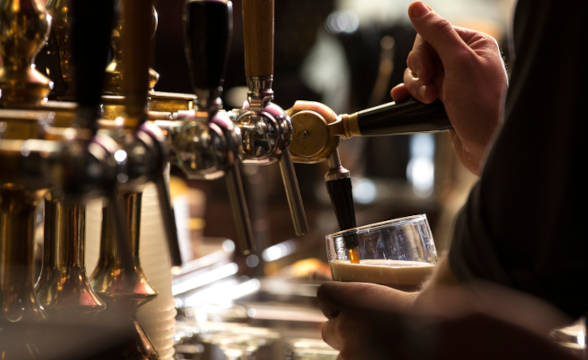 Entain and Tabcorp have long been competitors in Australia’s gaming market, and this latest partnership between Entain and the New South Wales Australian Hotels Association is a continuation of that.

“We applaud AHA NSW” for agreeing to “bring this partnership to life,” said Entain Australia CEO Dean Shannon. The new website – entainvenues.com.au – holds a “Register Interest” clickable button that can put registered companies on the contact list for when the service is fully ready to launch, as well as a long statement from Shannon. Entain’s ambition, according to the website, is to “be Australia’s leading venue entertainment provider” and also the “wagering sponsor of choice”.

Entain’s CEO went on to say that although “there is still value” in the more traditional “cash retail wagering,” that’s not where the market is headed. He outlined there’s a “highly engaged audience of punters” whose way of placing bets has “evolved”.

According to Mr. Shannon, this new partnership with AHA “recognizes that evolution,” further strengthening Entain’s notion that AHA is on board with the idea of digital wagering, and wants to support it across NSW. There’s a short video on the Entain Venues website, in which the concept of a “Ladbrokes Lounge” was introduced, “with screens at every angle”, options for “digital signage”, QR codes and more.

There might be a slight problem with this new partnership, though, as Australia’s largest gambling company – Tabcorp – has an exclusivity deal with AHA. This means the parameters of AHA’s new Entain deal will have to circumvent the exclusivity that Tabcorp has signed, so there will be no Entain terminals installed in the establishments falling under Tabcorp’s exclusivity deal.

The Australian, along with a slew of other local news outlets, have shared NSW AHA’s CEO John Whelan‘s comments that venues have been running Tabcorp’s PubTABs at a loss for decades, and his praises for the introduced competition. Tabcorp was expectedly unhappy with the deal.

This is neither the first nor the most direct way Entain has been going after Tabcorp. Last year Entain made a bid to outright buy out Tabcorp’s wagering and media division for $3 billion, and it prompted a series of headlines about the possibility of a takeover.

Although Tabcorp promptly turned down Entain’s bid and all of its subsequent adjustments, a $4 billion bid for Tabcorp’s wagering business followed from Apollo. These bids were coming at a time when the company was under review, and it was all a symptom that some change was needed at Tabcorp. So, fast-forwarding to a year later, Tabcorp announced its lottery and keno demerger was approved by the court. Some management changes followed the court approval, ahead of the demerger and Tabcorp was on its way to a new beginning, without any takeovers.

The first result of this was the development of a new and improved sports betting app. It was better equipped to be more competitive, and the company ensured the public that frequent updates would be the norm in maintenance. Tabcorp CCO Jenni Barnett called it the beginning of a “new era” for Tabcorp’s customers.