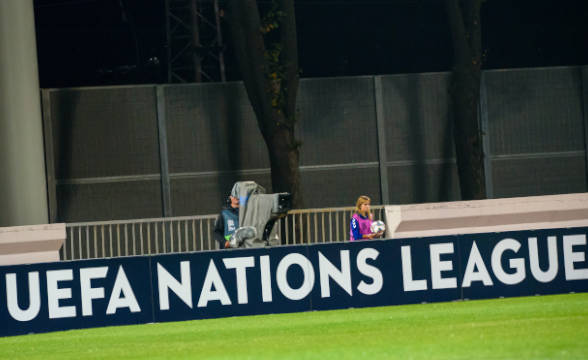 It’s time for Round 3 of the 2022-23 UEFA Nations League. One of the most exciting matchups in League A is the clash between England and Italy – the rematch of the Euros Final a year ago.

The two teams are competing in Group 3, together with Hungary and Germany. After two rounds, Italy is sitting at the top of the standings with 4 points (one win and one draw). England is on the opposite end, with just one point (one draw and one loss).

That said, if the English want to avoid getting relegated to League B, they need to start playing better. The good news for the Three Lions is that oddsmakers see them as odds-on favorites in Saturday’s clash.

First Home Game for England in Nations League in 2022

So far, England have been far from impressive. They started the UEFA Nations League campaign with a surprising 1-0 loss to Hungary in Budapest. England were -222 favorites ahead of that match, but their offensive players just couldn’t create enough chances.

In the second match of the 2022-23 Nations League, England played 1-1 with Germany. Now, this is actually a pretty decent result, considering that the game was played in Munich. What’s even more important is that England’s players showed resilience in that match, scoring the equalizer just two minutes before the end of the game.

The scorer was Harry Kane, who did it from the penalty spot. The Tottenham striker is expected to be in the spotlight on Saturday as well, as he is England’s strongest offensive weapon. However, in order for him to get a chance to score, his teammates need to do their job as well. Raheem Sterling, Mason Mount, Jack Grealish, and others need to up their game this weekend.

The European champions will not take part in the 2022 World Cup. The story goes that Italy failed to qualify for the tournament in Qatar after suffering a shocking defeat to North Macedonia in the qualification playoffs.

What this means is that their only chance of winning a major title in the next two years is to do it in the Nations League. So far, this team seems to be on the right track to achieving that goal. Italy is sitting in the #1 position in Group 3. They are without a loss after two rounds, but what needs to worry them is that they’re yet to play a game on the road. That’s going to happen this coming Saturday.

The last time they met, Italy won on penalties, getting ahold of the EURO title along the way. Italy dominated the game, even though England played on home turf. This time, it should be a different story. The English will probably be the ones on the front foot, looking to score as many goals as possible.

Picks: England to win; over 2.5 goals

Cashless Means Bigger Casino Spending But Not All Players Want It