According to a new report from the University of Massachusetts, Boston casino resort Encore Boston Harbor has reached all of its targets for hiring people of color and local residents but has just missed its target for the percentage of female employees it wanted to include in its workforce.

Researchers at the University of Massachusetts have conducted a survey among all new employees hired by Encore Boston Harbor in the period starting on January 1, 2019, and ending on 31 December, 2021.

The period covered the hiring process before the opening of the casino on June 23, 2019, and an operating period, which spanned over two and a half years.

The number of respondents was 2,729, which corresponds to 37% of the new hires at the casino resort for the above-mentioned period. 83% of the respondents were employees that worked on an hourly basis and 17% were hired for a job on a salary.

The report was presented by researchers from the University at a meeting of the Massachusetts Gaming Commission that took place on Thursday, November 10.

After the Commission heard the results, it voiced concerns that there is a gender imbalance among the resort’s employees but praised the casino for its achievements in hiring locals to the area and offering them better payment conditions.

The Survey Showed Women Made up 42% of New Hires

Research analyst Kazmiera Breest and senior research manager Rebecca Loveland from the University of Massachusetts, who presented the results for the Massachusetts Gaming Commission, noted that the survey showed a wide diversity among employees at the Encore Boston Harbor. The casino’s workforce included people of color, local residents, veterans, and people born outside of the United States.

The report also revealed that the company offered its staff better working conditions in terms of payment and benefits when compared to the employees’ experience with previous employers.

According to the numbers, minorities made up 65% of the respondents, which is considerably higher than the initial company target of 40%. In this number are included almost 18% of black or African American employees, almost 23% of Hispanic or Latino employees, and 20% of Asian workers.

In terms of hiring locals, Encore Boston Harbor also exceeded its target of 75% with results from the survey showing an 83% representation. Veterans made up 4%, also higher than the company target of 3%.

The only target the Encore Boston Harbor missed was its gender balance goal. The company was aiming to hire a workforce comprised of 50% female employees but fell short and reached just 42%. 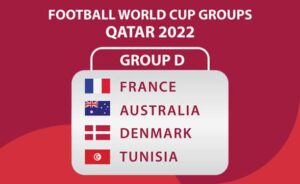