Elys Game Technology, a provider of advanced sports betting and iGaming solutions, posted its financial results for the second quarter of the year. The company’s revenues experienced a slight decline, primarily due to the rising value of the US dollar.

According to Elys’ results, the company earned $10.3 for the period, which represents a 12% year-on-year decline. For reference, 2021 saw the company earn $11.7 million for the same period. Elys attributed the decline to the fact that it primarily deals with euros. Therefore, the rising price of the US dollar had a negative impact on its business and resulted in some losses.

Meanwhile, the company’s expenses also declined from $14.4 million in Q2 2021 to $12.6 million for Q2 2022. This is thanks to Elys’ intense efforts to reduce expenses and improve profitability. However, these plans cost the company an additional $1.2 million, which means the company’s expenses were, in fact, $13.8 million. Despite that, Elys hopes that this short-term investment will lead to a long-term reduction in expenses.

Elys’ results for the first quarter of the year were roughly the same for similar reasons. Back then, the company recorded a 14% decrease in revenue because of pandemic-related issues and the disruption of its retail business in Italy.

Taking a look at Elys’ overall H1 results, it recorded a noticeable reduction in revenues. While the company earned $25.9 million during H1 2021, the rise of the dollar led to lower H1 2022 revenues, leaving the company with $22.6 million for the period. Elys’ net losses, on the other hand, almost doubled up to $6.4 million.

Elys to Continue Investing in the US Market and Italy

Despite the challenging times, Michele Ciavarella, executive chair at Elys Game Technology is keen on continuing to push forward. He noted that the company has performed decently, despite having to close its land-based business-to-customer operations in Italy. Ciavarella also cited the continued investment in the company’s US-based operations as a reason for the lower revenues.

Ciavarella continued that the company’s goal for the rest of 2022 and the entire 2023 would be to do its best to reopen its retail operations in Italy. In addition, the company hopes to open new locations in the United States and launch in more regulated markets.

In other news, two months ago, Elys agreed to power the Entitlement Restaurant and Cigar Lounge in Washington DC with its sportsbook solutions. 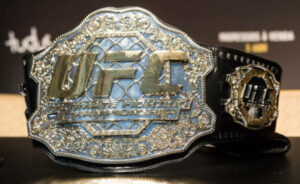