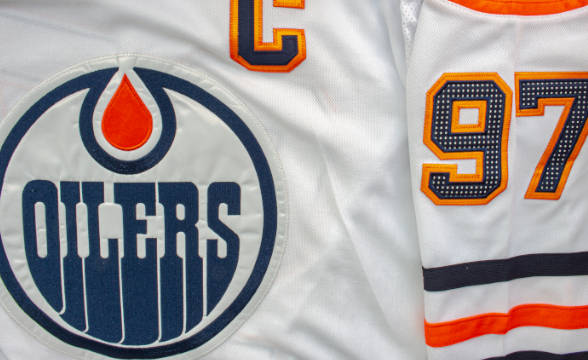 It’s time for the second game of the “Battle of Alberta” which will see the Edmonton Oilers and Calgary Flames lock horns at Scotiabank Saddledome in Calgary. Their first clash finished in the Flames’ favor, who won 9-6.

The second-highest seed of the NHL Western Conference is favored to win again. The odds of Calgary winning in the regulation are -105. If they do it, it’s going to be their fourth straight win against the Oilers. One of those was a win in the playoffs, the other two happened in the regular season.

Edmonton Oilers to Do Better in the Defense?

It’s no secret that the Oilers are fantastic in the offense. After all, they’re the ones who have Conor McDavid and Leon Draisaitl on the roster. The two scored a total of 99 goals in the regular season.

Knowing this, it’s no surprise that the Oilers were able to score six times in the first game of the Calgary Flames series. Unfortunately for them, that wasn’t enough to win the game – their opponents scored three goals more.

Conceding nine goals is a lot, but this wasn’t the first time it happened to the Oilers this season. The same happened in March when they lost a game 9-5. The team that beat them? The Calgary Flames.

The Flams have one Stanley Cup in their trophy cabinet. However, the win happened a long time ago. It was 1989 when they became the NHL champions for the first and (so far) only time. It’s needless to say that they would love nothing better than to win it in 2022.

So, can they do it? Oddsmakers think they stand a decent chance to pull it off. They’re currently second in the list of favorites, with their Stanley Cup odds being +450.

Calgary’s odds were longer than that just a week ago, but their impressive performances in the playoffs made bettors think of them as a serious candidate for the title. It’s very likely the odds will shorten even more if they destroy Edmonton once again.

We expect the Calgary Flames to win again, but this time, it should be a much closer game. We’re sure that the Oilers will do better in the defense while playing great offensively as usual. As a result, we could see the game going to overtime.

Picks: Calgary Flames to win but not cover the 1.5-goal spread; under 6.5 goals