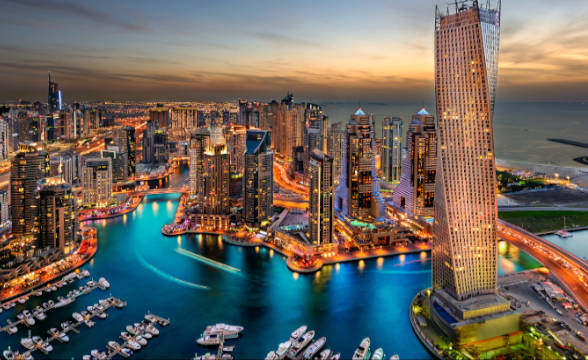 Dubai officials have stated that the city does not plan on legalizing gambling even though one of the neighboring emirates stated in January that it plans on welcoming Wynn Resorts. The Las Vegas-based operator is planning on entering the market in 2026 and gambling activities could be regulated for the first time.

Dubai Would Be a Haven for Casino Operators

During the global pandemic lockdown, Dubai remained one of the few regions that remained open to visitors. In Q1 of 2022, it hosted more than 4 million international visitors. Data shows that that represents a 200% increase compared to the same period last year.

Ras al-Khaimah, a UAE emirate, stated in January that gambling in Dubai is set to be regulated in the near future, but Issam Kazim, senior tourism official of Dubai, stated that as far as he’s concerned, there’s no type of gaming “around the corner.”

The reason why the implementation of gambling regulation is hard in the Gulf region is that it has strict Islamic rules. Hence, gambling has been off-limits for a long period, but according to sources that spoke to Reuters, that is likely to change in the near future.

Dubai is the home to the only casino-less Caesars Entertainment resort. This property opened its doors in 2018.

Wynn Resorts In Ras al-Khaimah Will Feature a Gaming Area and a 1,000-Room Luxury Hotel

When the announcement for the development of the multi-billion resort was made, Wynn Resorts noted that the property will feature a gaming area, shopping venues, a 1,000-room luxury hotel, as well as restaurants, spa centers and a convention facility.

Back then, the Ras al-Khaimah Tourism Development Authority also introduced the Department of Entertainment and Gaming Regulation, a division that will be regulating integrating resorts and will oversee their activities, one of which is gambling.

Craig Billings, the CEO of Wynn, stated that Ras al-Khaimah “offers tremendous potential” for the tourism industry and that he’s very excited about the development of the project in this region.

The Wynn Resorts property is set to be built on Al Marjan Island, which is described by Billings as the ideal greenfield location.

Vitaly Umansky, a Sanford C Bernstein gambling expert, shared a few thoughts on the possible gambling regulation in Ras al-Khaimah and noted that gambling is likely to only be available to foreign tourists.