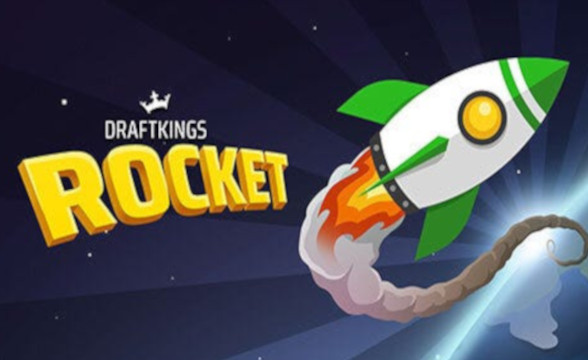 DraftKings is on an innovation trajectory with the company launching an NFT marketplace more than a year ago and now, the company moving on with its Rocket game in Pennsylvania. The Rocket game follows the popular “crash game” mechanic whereby a spaceship tries to gain altitude, increasing your potential payout but running a risk of crashing and burning.

This gameplay is a brand-new way to the traditional iGaming experience and has its appeal, particularly with blockchain casinos. Now, Rocket game by DraftKings is available in five states that offer legal iGaming options in the United States and the newly regulated market in Ontario, Canada.

Rocket game also has a competitive format as it allows you to play with other players. While your own winnings do not necessarily depend on another player’s failure, it’s still fun to have others trying to score the biggest payout before their ship crashes. DraftKings has made significant efforts to reinforce its retail and online sportsbook over the past years, but finally, there is a notable shift towards iGaming casino games.

DraftKings owns assets in both the iGaming and interactive wagering space with Golden Nugget Online Gaming and SBTech both part of the company’s portfolio. DraftKings is hardly the only company to have pioneered this format. As the appetite for iGaming increases, so does the available offering.

FunFair Games, a company focusing on blockchain iGaming development, was among the first to introduce this solution to a broader mainstream casino audience. Blockchain casinos have been doing so for years now, and big companies such as DraftKings are finally catching up while adding their own signature to these types of games.

DraftKings has the technological know-how to continue developing the iGaming sector as opposed to simply relying on third-party suppliers. Mixing blockchain with traditional iGaming solutions is a formula for innovation that DraftKings seems to be putting into practice well enough.