Dan Bilzerian has been one of the most controversial figures in poker and he has often ruffled a few feathers along the way. In his most recent appearance on Doug Polk’s podcast, the volatile influencer was no different than his self-assuming self. But Polk and Bilzerian would not be talking about the $100 million game the latter is reportedly trying to arrange against billionaire Alec Gores.

Polk, who is the founder of Upswing Poker and one of the most respected training community portals in the game, has decided to grill Bilzerian over the origin of his money. Ask Bilzerian and he would proudly tell you that he has made it all himself, playing poker that is.

Bilzerian Shuts Polk on Claims about Origins of His Wealth

However, many within the poker community have contested the words of the GGPoker ambassador. Polk is among those who still doubt that Bilzerian had actually made his money entirely by playing poker.  In fact, Polk suggested that a trust fund left to Dan by Paul Bilzerian, his father, might have had something to do with it.

Bilzerian refuted the claim during the podcast, arguing that he had already been rich by the time his father gave him any money. Polk, though, isn’t really convinced this is the case. While Polk doesn’t seem to have any issue with Paul Bilzerian’s success, even though he was indicted on a number of financial crimes in the 1980s and served a four-year prison sentence, he still questioned his son over and over.

Now, because of his father, Bilzerian Jr has often come under criticism from fellow poker players and community members. When Bilzerian Sr was released from prison, he still owed the government millions – which were never retrieved. Many speculated that he had transferred them to his son, Dan. For two hours, Polk and Bilzerian Jr continued to go to and fro, discussing how Bilzerian made his riches.

Polk barraged Bilzerian with a number of questions regarding his wealth – how he made it and what part of his current net worth was the result of playing poker. He specifically asked Bilzerian to break it all down based on in-person and online playing.

Bilzerian simply explained that he had managed to build up his bankroll by playing online at first and then taking his money to the Bellagio where he joined mid-range games. One of Bilzerian’s signature achievements was also mentioned.

He reportedly earned $400,000 in a single month playing at Bodog. However, Polk did not find any of the explanations satisfactory and kept asking Polk where he got the money from – or at least, where the rest of the money came from. Bilzerian was a bit frustrated with the repetitive questioning, so Polk simply stated.

“You are saying that you made all your money from poker. The story is important,” Polk told Bilzerian. He then brought up Bilzerian’s father and said that it was important to shed clarity on the player’s claims if the general community would be to trust him. Polk also argued, though, that if Bilzerian’s claims were true, then verifying them would be very easy.

Bilzerian maintained his line of argumentation and added that he had played against many rich people and professional players in his time, including Antonio Esfandiari, Andrew Robl, and Jean-Robert Bellande, referring to high-stake private games.

They, Bilzerian argued, would certainly be able to verify his claims. That actually prompted Polk to concede that Bilzerian may have indeed amassed his vast wealth playing poker. Bilzerian’s net worth is estimated at $200 million and he has repeatedly said that he doesn’t care what people may think of him.

All in all, the podcast was interesting to watch, and it showed Bilzerian as a composed individual even when faced with a grueling line of questioning. That is certainly a quality of a poker pro. 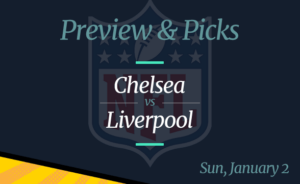