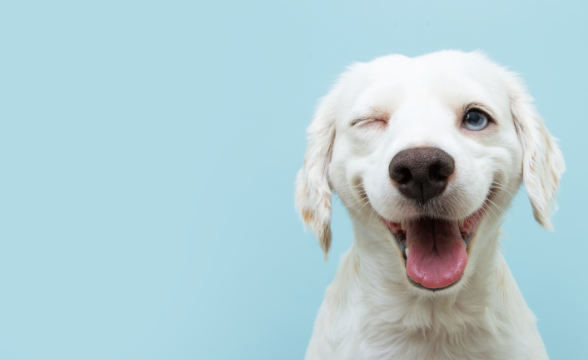 Two-year-old Jack and 11-month-old Apple are two cute Alaskan Klee Kais from Salem, Oregon who mistook their owner’s winning lottery ticket for a tasty treat. Accordingly, as one dog does, the two furry friends did not stop until they shred the ticket into many tiny pieces. Since they didn’t feel like also ingesting the treat after they did the deed, owners Nathan and Rachael Lamet managed to miraculously grab hold of what remained of the ticket and mail it to the Oregon State Lottery.

The State Lottery Pieced the Winning Ticket Together

Despite the state of the ticket, lottery officials decided to proceed and piece it together like a puzzle. They soon discovered the “puzzle” was a $3 ticket for the Pharaoh’s Gold Crossword game. Soon enough, they also confirmed the ticket was a winner and they sent out the $8 payout to the two spouses.

Nathan and Rachael also wrote a note explaining what had happened and even added a “picture of the vandals for proof”. The spouses, however, felt the need to prove to the lottery’s staff that their dogs “are cute” in spite of their bad habit of chewing lottery tickets. The incident took place one night when the Lamets left the ticket unsupervised on an ottoman, within easy reach of their naughty dogs. As the owners went to sleep, their doggos had other plans in mind. The next morning, Nathan and Rachel found the ticket “eaten to the point that I thought it was unable to be checked”, according to Nathan. However, the two found the incident extremely funny and they were convinced that the lottery staff would also find their tale hilarious. Hence, they decided to share their story and have it mailed to the state lottery.

“We love them, but they are crazy sometimes”

Rachael admitted their dogs need more chew toys as things can get a little hectic around the house. At 11 months, which is Apple’s case, some dogs still enjoy doing some “adolescent chewing”, a bad habit that can last until the dog reaches the age of two. This was also probably the case with the cute duo. Oregon lotto officials admitted this was the first case of someone mailing them a winning ticket “that had been chewed up by a dog”. However, over the years, the staff witnessed tickets that had been accidentally washed while doing the laundry, dirty tickets that had fallen in the mud or tickets that had been run over by a motor vehicle. Oregon lottery officials issued a statement regarding the chewed ticket, urging ticket buyers to keep their tickets out of the reach of pets. At the beginning of the year, DraftKings announced it would become an official sportsbook provider for the Oregon State Lottery.