Dr Aled Meirion Jones, 41, who defrauded the National Health Service (NHS) by stealing nearly £68,000 while he worked as a kidney specialist, could not return to hospital work, because his suspension was extended.

Jones, from Rookwood Close, Cardiff, worked as a registrar in the nephrology and transplant unit at the University Hospital of Wales in Cardiff. Between 2017 and 2019, he abused his position at the hospital, stole, and altered 420 cheques from the bereavement services department worth £33,235. He also claimed for exaggerated hours and locum shifts he had not worked, which totaled £34,185.

In March 2019, the South Wales Police arrested Jones at Cardiff & University Health Board. He pleaded guilty to two charges of fraud by false representation and abuse of position. He admitted his wrongdoings and stated that he had lost £800,000, because of his gambling addiction.

On March 9, 2021, the Cardiff Crown Court sentenced him to two years imprisonment and suspended him for two years. In addition, the court ordered Jones to carry out 200 hours of unpaid work within 12 months. In October 2021, the court suspended Jones’ medical license for at least 12 months.

Jones applied before the tribunal to return to work. The tribunal reviewed pieces of evidence about the kidney specialist’s recovery from his gambling addiction. However, on December 1, the court concluded that Jones was not ready to return to his hospital work and consented to extend his suspension for another four months.

According to the investigation, Aled Meirion Jones suffered from gambling addiction. He started to place wagers on World Cup football matches when he was studying medicine at Oxford University.
Jones remembers that it was when he was a student that he started betting, but could not definitely say when he became addicted to gambling. He recalls that there was a promotion in a newspaper and he and his friends wagered £10 and got back £10 regardless of winning or losing. That was the moment when “the seed of the gambling had been planted,” as Jones stated.

Last year the Cardiff Crown Court found out that Jones’ flat had been repossessed when the kidney specialist did not manage to pay his mortgage. The medic also claimed before the said court that when he diverted the cheques, he thought that there was no victim of his fraud.

Jones stated that he was very ashamed of his actions and he would always be. He confessed that he struggled with himself and his addiction. 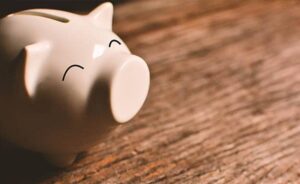