While awaiting court proceedings, the battle for the Okada Manila casino resort continues to rage through a sharp exchange of remarks between the opposing parties – the group led by Japanese billionaire and founder of the resort, Kazuo Okada, and the board of Tiger Resorts, Leisure and Entertainment Inc (TRLEI), which is backed by The Tiger Resort Asia Ltd (TRAL).

On May 31, a group led by the founder of the Okada Manila casino resort, Kazuo Okada, took control over the venue backed by a Supreme Court Status Quo Ante Order. Okada reinstated himself, Antonio “Tonyboy” Cojuangco, and Dindo Espeleta as members of the board of TRLEI and removed the TRLEI board backed by TRAL from the property. Consequently, TRAL, which has a 99% stake in TRLEI, declared Okada’s board as illegitimate and disputed his actions in court.

At a press conference on July 11, the group led by Kazuo Okada stated that visitors at the Okada Manila resort have increased by 8% in May compared to the previous month and have reached 74% of the foot traffic from before the start of the pandemic. This implied that since the Okada-led group took over the resort there has been an increase in revenue.

The press conference was immediately followed by a harsh press release from the board supported by TRAL, which condemned these statements as ridiculous and not being based on facts. As proof, the TRAL-backed board pointed to a variety of measures in terms of health, sustainability, and marketing that is put in place, while it was running the resort, and highlighted the following:

Now that we are at a more comfortable space into the pandemic, almost all businesses in the leisure, entertainment, gaming, and tourism expect an upswing in booking requests, revenues, and visits owing to the revenge travel phenomenon.

The allegedly legitimate board of TRLEI said also that the Kazuo group’s proclamations were right out wrong. They said that the increased revenue is coming from the effective recovery plan the TRAL-backed board implemented to deal with the pandemic and is also the result of the constrained demand for tourism and leisure, which is being unleashed as COVID measures are relaxed.

Other Claims by the Okada Group

The press conference saw also the continuing claims of the Okada board that Kazuo Okada is the CEO of the company. In addition, the group lawyer disputed that Okada holds just one share in TRLEI saying that is not true.

In return, the TRAL-supported board noted that there are still 29 unresolved legal charges against Okada across six different countries. They also reminded us why Okada was removed from TRLEI – it was discovered that he had stolen the whopping amount of $20 million from the company, funds that are still to be recovered.

Both parties are waiting for the legal resolution of their dispute and hoping for a court decision in their favor. 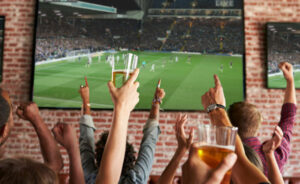 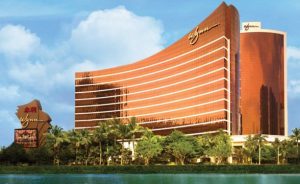