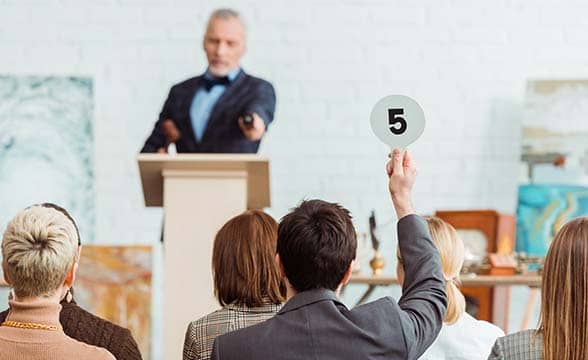 Desert Diamond Casinos will auction old casino equipment from its interim West Valley casino. While this will not include gambling machines, it will include various goodies that other companies or collectors can find a use for.

Desert Diamond to Sell Over 200 Objects

The public auction comes ahead of the opening of the official Desert Diamond Casinos West Valley casino in Glendale. The current 49,000-square-foot casino served as an interim solution until the company was done with the construction of its permanent 75,000-square-foot venue. With the latter now complete, Desert Diamond is preparing to move its base of operations.  As a result, there are many items from the interim casino that must go.

The operator announced that no casino tables and machines will be for sale, but many other objects, including signs, kiosks, speakers, lamps, cameras, decorative objects and even a whole bar will be auctioned. In total, Desert Diamond Casinos plans to sell over 200 items during the auction.

Anyone who is interested can register on LocalAuctions.com and bid online on any of the items until September 19. In addition, people can preview the items at the venue next Monday before placing their final bids. The auction closes at 7 pm Monday.

Chris Rushford, head of operations at LocalAuctions.com, confirmed that there would be no slot machines or gaming tables for sale. However, he also noted that there will be many other unique items that businesses and residents might be interested in acquiring. He noted that this auction is a rare event as the public doesn’t often get to participate in the tendering of genuine casino items from such a large organization.

I think this is an amazing opportunity for Valley residents to get a chance to buy a piece of the first casino to open in Glendale.

As mentioned by Rushford, the West Valley casino was the first one to open in the Californian town. As such, it has a sentimental value in the hearts of many of the local residents. The casino was opened by Desert Diamond Casinos in 2015 as an interim location until the main venue was complete. Once Desert Diamond moves to its new location, the old one will be readapted into a storehouse.

Desert Diamond likes to be a visionary. Not only was it the first company to open a casino in Glendale but it was also the first to launch an online sportsbook in Arizona alongside Strive Gaming.