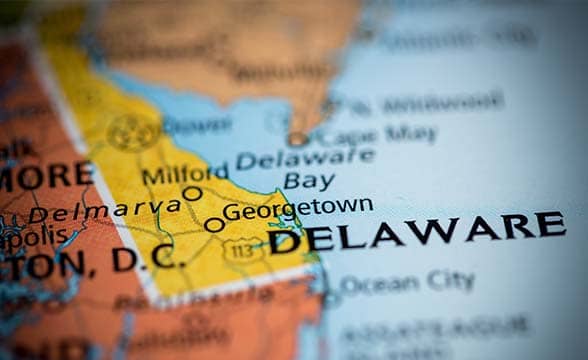 For the second month in a row the Delaware Lottery, which is responsible for all forms of gambling in Delaware, reported that online gambling revenues collected in Delaware reached a record high. In August, iGaming revenue kept growing in comparison to the results in July.

Operator Delaware Park Remains the Leader in August as Well

In August, the total amount that iGaming brought in was $1.30 million. That was 37.2% higher than the revenue reported in August, 2021, which amounted to $945,512. August’s revenue also surpassed the $1.25 million that was reported in July.

The August handle for iGaming was $36.8 million, which marked a 69.6% increase in comparison to the same month last year. However, this amount was 6.6% lower than the $39.4 million that Delaware residents gambled away in July, 2022.

The most modest revenue contribution came from fees, including poker rake, which reached $37,169, slightly lower than the $43,944 collected in July. Table games did better this month than in July generating $221,330, which was 25% higher month-on-month.

Online Lottery games were again the clear leader with total revenue of $1.0 million. They brought in the same revenue amount in July as well.

As in July, racino Delaware Park remained the clear iGaming leader. Its total handle for August was $15.8 million, while the actual revenue amounted to $558,272. Compared to the previous month this marked a modest increase of about 3%.

In second place was Bally’s Dover as it was the case in July. The casino resort’s total handle was $12.1 million, while revenue reached $412,044. The third place was taken by Harrington Raceway with the handle of $98.9 million and revenue of $326,657.

Revenue from sports betting achieved extreme growth year on year. The revenue for August was $354,444, which corresponded to a massive boost of 439.7% compared to the same period last year when the reported revenue made up $65,678.

However, the revenue had a month-on-month decrease of 7.5% compared to the $383,249 reported for the month of July.

Delaware Park was also the leader in sports betting revenue. It collected $162,795 deducted from a handle of $1.4 million. Bally’s Dover came second here as well with $101,243 in revenue and total handle equaling $837,814. Similarly to iGaming, Harrington Raceway came third. Its revenue amounted to $54,472, while bettors wagered a total of $448,645.