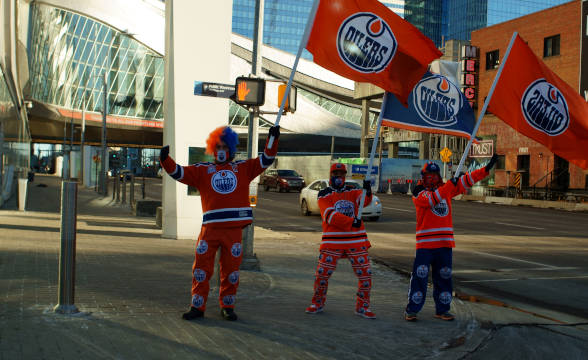 Things are starting to heat up in the NHL. With just ten days before the end of the regular season, the race for the remaining playoff spots is about to commence. Among the teams that still haven’t booked their ticket to the postseason are Dallas Stars and Edmonton Oilers.

The Stars are fifth in the Central Division with a 35-5-28 record (91 points), but if the season ended today, they would get to the playoffs through Wild Card. It’s because they’re sitting in the #7 place in the Western Conference standings, the last available Wild Card spot.

When it comes to the Edmonton Oilers, they’re just a step away from securing a spot in the playoffs. The Canadian team is 44-6-26 on the season (94 points), seven points clear of the Vegas Golden Knights, the team currently sitting in the #4 position in the Pacific Division.

Knowing all this, you can be sure that both teams are going to be extremely motivated on Wednesday evening. That said, the Stars vs. Oilers clash could turn out to be a real barnburner.

On Monday evening, the Stars lost 6-2 to the Vancouver Canucks on the road, despite entering the game as a slight betting favorite. Their defense was horrendous in that game, while their offense failed to make their chances count. This time, they will have to do much better in all aspects of the game if they wish to grab some points.

The Stars might not be the best NHL team in terms of attacking, but they do have some amazing forwards on the roster. Jason Robertson and Roope Hintz are the prime examples, who are Dallas’ scoring leaders with 36 and 34 goals respectively.

Their defense hasn’t been great lately, but overall, the Stars are among the better teams when defending is discussed. The proof of this is that they’ve conceded 227 goals in 76 games, which is 2.98 goals per game on average. In comparison, Edmonton’s average is 3.09.

Oilers are Only a Few Wins Away from the Playoffs

If they win their next two games, the Oilers will book the ticket to the postseason. Actually, that could happen even sooner, depending on how other teams perform. Nevertheless, winning two of the remaining six games definitely seems achievable for a team this good.

Not only is Edmonton’s roster packed with superstars – Leon Draisaitl, Connor McDavid, and others – but these guys have been in a superb run recently.

The Oilers are coming off back-to-back wins, beating the Golden Knights and Nashville Predators. The score in each game was 4-0 for Edmonton, showing that this team is great both in offense and defense.

Edmonton is a better team than Dallas and the game is played at Rogers Place where the Oilers are 24-1-12 this season. Further, the Stars aren’t great on the road, evidence being that their away record in the 2021-22 season is 19-2-18.

Picks: Edmonton Oilers to win and cover the spread; under to hit