Texas is one of the US states that have strict laws when it comes to gambling and the activity is in fact illegal in the state. Placing monetary wagers on any game that involves dice, cards or machines such as slots is forbidden. However, a loophole related to poker enabled a statewide expansion of the activity.

Poker in Texas: Not Entirely Illegal

To operate in Texas, poker rooms collect membership fees. At the same time, the locations benefit from offering beverages and food to their patrons, as well as from receiving tips. This enables poker rooms to operate in a bit of a gray area because they do organize games for real money but do not take a cut from the winnings and charge a members’ fee instead.

The loophole in the gambling regulation enabled the establishment of poker businesses around Texas in Austin, Houston and Dallas. However, a legal battle challenging the operation of poker rooms in Dallas may result in thousands of dollars spent on lawsuits, The Dallas Morning News reports.

Legal Fight Expected to Surpass Half a Million

Back in 2020, Dallas city officials greenlighted the opening of Texas Card House and Shuffle 214, two new poker businesses. At the time, the officials believed that the operation of those businesses wasn’t in breach of the state’s gambling regulations. Overall, there were a total of three poker businesses in Dallas at the time.

In an unfortunate turn of events for the operators, city officials reevaluated their decision to allow poker gambling in 2021. As a result, the three poker businesses were deemed illegal as the city decided to revoke their certificates of occupancy. At the same time, Dallas city officials decided to stop issuing such certificates, preventing other poker businesses from opening doors.

Consequently, a legal battle began which may surpass more than half a million in legal fees. After the revocation of their license, Texas Card House and Shuffle 214 owners challenged the decisions in front of the Board of Adjustment. Surprisingly, the Board of Adjustment ruled in favor of the two poker businesses claiming that they secured their certification through a legal way.

Now, according to the latest report, Dallas is facing a dilemma about whether or not to spend some $600,000 in the legal battle against poker businesses. Soon, the city is due to take a decision on whether or not to increase the sum designated for those legal challenges.

After being increased multiple times, the budget for the aforementioned legal challenges may grow exponentially. Chad West, a City Council member and an attorney supported delaying the vote to increase the money for the legal challenges. He claimed that spending hundreds of thousands of the taxpayers’ money is a lot for a “relatively simple legal question.” 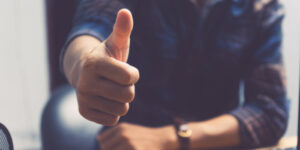 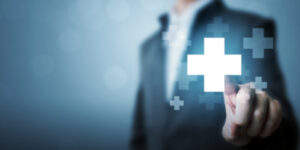 Poker January 2, 2023
Sands China Set to Hand Out Discretionary Allowance to 99% of Staff