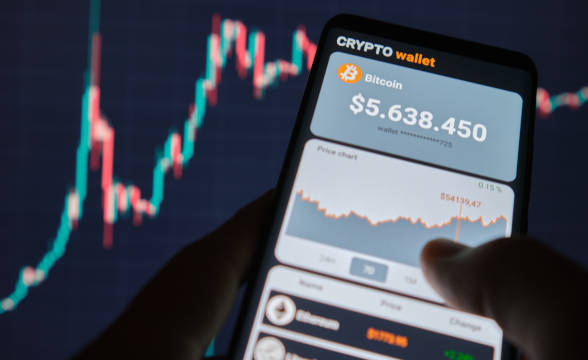 Stevie Rojas recently spoke to Bloomberg going into detail about how he got hooked on crypto trading and how a gambling-like addiction took over his life choices. Now, though, Rojas is clean and has quit what he considers a bad habit in retrospect. Rojas’ introduction to cryptocurrencies followed a familiar formula. He is one of many people interviewed by the media for a piece that cast light on how crypto trading may be closer to gambling addiction than the average person thinks.

Curious, Bored, and Worried Not to Miss out on Good Investment

As a well-to-do investor in his 30s, he was doing well and had spare capital to play around with. He was anxious not to miss out on the next big thing, but also a little bored and curious in equal measures. With this, his journey – that would become increasingly risky – began.

He would stick to Bitcoin and Ethereum but soon realized that this was hardly enough for him. So, he decided to try some of the riskier cryptocurrencies that are not necessarily backed by as many people or the same good intentions.

Naturally, there has been some skepticism in public about Rojas’ story and the stories of other people like him. But then again, even “gambling disorder” was considered a character flaw or a lack of character rather than a recognized medical condition by the American Psychiatric Association and other leading mental health experts. It is one nowadays, and so we may see people diagnosed with “cryptocurrency disorder” before long.

Pathological gamblers do exist and they struggle with their addiction throughout their lives. This makes it curious to see if Rojas has been able to rein in his appetite for risky, out-of-the-box investment, or whether he would resist the temptation for too long.

Betting on Crypto to Get High No Matter the Outcome

There seems to be sufficient scientific evidence that our brains get high on dopamine and that the release of the chemical can be triggered by anything from playing slots or roulette to betting on cryptocurrencies. The parallels between traditional gambling experiences and cryptocurrency trading are concerning, says online therapist Dylan Kerr who works out of Thailand.

“It’s very similar to being at a roulette table,” Kerr told Bloomberg. Cryptocurrency trading is a vicious circle for much the same reason that roulette is, as both activities are ever-demanding and require one’s full attention, which can lead to compulsive behavior and erratic patterns.

Crypto problem gambling has been a well-established pattern as well. Bloomberg reached out to one Steven Elphinstone who explained how his addiction started. He looked at trading cryptocurrencies back in 2015 when Bitcoin was worth only $240 per unit. Elphinstone soon realized that trading Bitcoin was all that he wanted to do was bet on crypto. He started with spread betting but ended up trading Bitcoin instead, which eventually made him realize that becoming a millionaire was not what he was after.